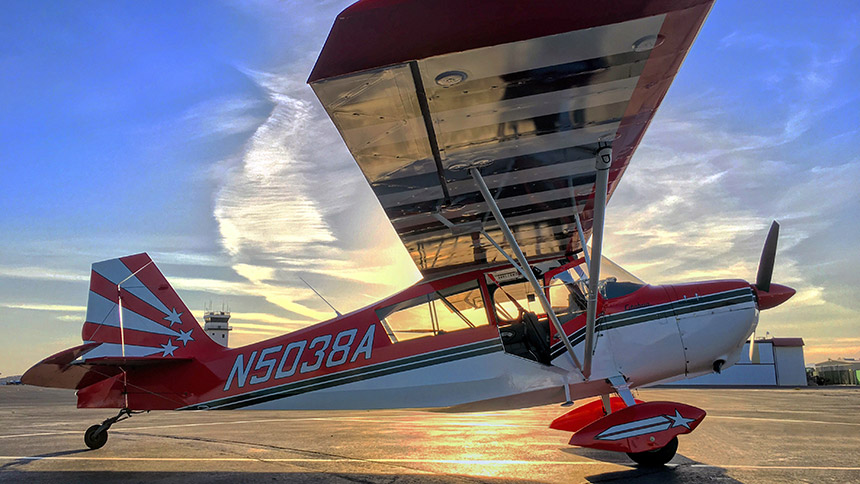 If your club is looking to attract members, adding a tailwheel aircraft is one way to generate interest. Most FBOs and clubs don’t have one on the line, and it’s a sure way to improve stick and rudder skills. Choosing a tailwheel with aerobatic capabilities, such as the Citabria, could provide your club the ability to offer spin or aerobatic training. Club Secretary Woody Minar discusses how the Wild River Flying Club (WRFC) in Osceola, Wisconsin, does that and more with its Citabria.

Long-term, you have to plan for fabric recovery and fabric repair. Depending on how much exposure it has to the sun, it will need to be replaced generally about every 25 to 30 years. “During the annual, the mechanic does a punch test. They get a little punch gun, I think it’s 60 pounds, and they check it in various spots to check the integrity,” Wood said.

And since it is a tube and fabric airplane, it’s best to keep it in a hangar. Finding a good mechanic that has tube and fabric experience and expertise is important and could be a little more challenging to find than someone used to working on 172s or Cherokees.

“One of the things to look for is if it has wooden spars, taking a look for any damage and fatigue,” Woody said. The Citabria breed has an AD requiring a one-time inspection of the wooden spar where they have to check it for cracks. There’s also a lot of wood in the Citabria, like under the seats that needs to be inspected. 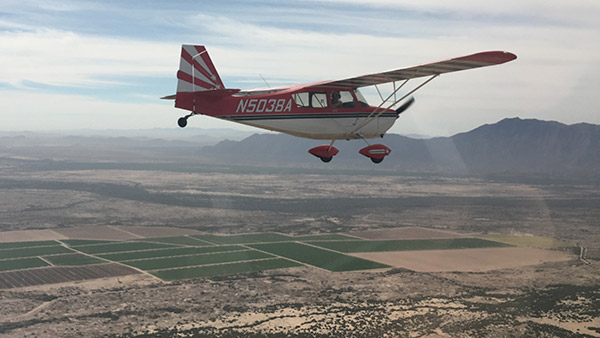 In order to check out in the plane, a pilot must have 10 hours and the club requires pilots in any aircraft to take a check flight with an instructor if they haven’t flown in 90 days.

Although the Citabria can be used for primary training, WRFC generally does not offer it in the aircraft. “We could but we haven’t because the 172 is so much easier to fly,” Woody said. However, the club does incorporate spin training in the Citabria into its private pilot training program.

The club also uses the aircraft for tailwheel endorsements and some members have done basic aerobatic training in the aircraft – things like aileron rolls and loops, Woody said. Since there aren’t many flight schools that offer tailwheel endorsements or aerobatic training, the addition of a taildragger with aerobatic capabilities can be an attractive marketing tool. One potential drawback is finding instructors who can teach in it. 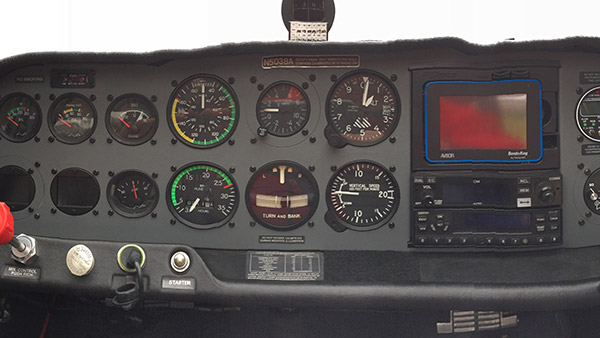 That said, club members did take the 115-hp plane on cross-country flights to South Dakota and Canada. The new airplane was purchased in Phoenix and Woody enjoyed flying it back to Wisconsin. He noted it has a nice panel with an electronic fuel flow meter, EGT and CHT gauges, and an AV8TOR GPS. “If it had an attitude indicator it would be IFR,” Woody said. It holds 36 gallons of fuel, enough for about four hours of flying with reserves, which is a range of more than 400 miles.

“It’s fun to fly if you just feel like scratching the itch and want to go low and slow and have some fun,” Woody said. “The nice thing about the tailwheel, it’s basic flying. Stick and rudder.”

The Citabria also provides an opportunity to experience many aspects of flying – whether it is going to hard to access places or doing aerobatics.  “It’s fun to do lazy eights and chandelles and wing overs,” Woody said. And “it doesn’t take much runway so you can land on grass.” You can also open up the Citabria’s window in flight and even take the door off if you want more of an open cockpit feeling – things you probably can’t or wouldn’t do in a traditional Cessna or Cherokee.

“Do it,” Woody said. “That would be my advice” if your club is considering a Citabria. Be sure to check the condition of the fabric and he suggests looking at a bigger engine like a 150 hp. “You’ll lose a little bit in payload, but you’ll appreciate it on high density altitude days.”

“There’s no other club in the area that we know of with a tailwheel,” Woody said. So that helps your club stand out and attract new members. Woody also noted that a tailwheel aircraft generates attention and respect. “You don’t see many tailwheels out there, so people tend to look when you come in. You learn good stick and rudder skills, plus it’s a challenge. You can land a 172 in your sleep, but you have to stay on top of it every time you land a Citabria.”

A taildragger may not be right for every club, but if you are looking to add variety to your fleet at an affordable price, than the Citabria is something to consider. It provides back to basic stick and rudder skills with an option for spin training and aerobatics, and is likely to become a club favorite.