The Cirrus SR22: Speed, Comfort, and Technology…for a Price 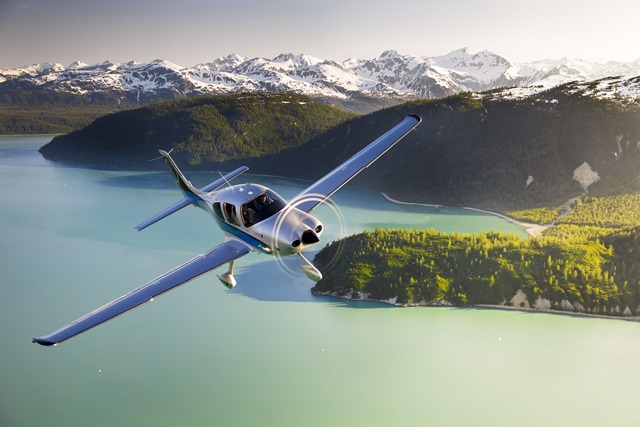 It’s fast, it’s roomy, it has the latest technology and it looks great, not too mention it has an aircraft parachute. But it’s also expensive and has some unique flight and maintenance characteristics. The Cirrus SR22 isn’t for every club, but Leading Edge Flying Club President Marc Epner and Cirrus owner Mike Barbarone love flying the Cirrus and share their experience operating the SR22 in a club environment. 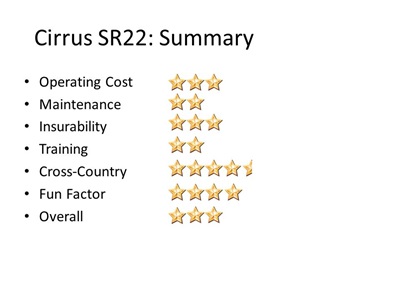 The Cirrus SR22 is not the aircraft for a club whose mission is to only offer affordable aircraft. It’s attractive to clubs looking to offer high-end aircraft that are modern, comfortable, and fast. The purchase price on a Cirrus SR22 ranges from about $175,000 for an early model to more than $500,000 on one just a few years old, depending on whether it’s a turbo-charged model and total time.

For that investment you’ll get a roomy, four-seat aircraft that cruises at 170 knots while burning 18 gph. Leading Edge Flyers rents its SR22 for $245 an hour, Hobbs time wet. It’s more expensive then your standard Cherokee or 172, but Club President Marc Epner points out there is a difference between an aircraft with a 180 or 200 hp engine and 300 or 310 hp.

The biggest maintenance cost is repacking the parachute every 10 years, which runs about $12,000 to $15,000. It depends on which generation you have, Mike said. The G1s are more expensive than the G2s and later. The G1 you have to pop the hatch and redo some composite work and repaint. All the older planes before the G5 were a cable system. Now it’s an electrical system, so they have to replace the mechanical system with an electrical system.

The annual costs about $4,000 and there are some unique design features that pilots need to be aware of. The seats are honeycomb and designed to crush, which is a safety feature if the chute is deployed to lessen the impact. “When you get in and out of a Cirrus you don’t want to stand or kneel on the seats because that could crush the honeycombs, and it’s $300 or $400 to replace,” Mike said.

Another potential repair cost is the nose wheel pant. “There isn’t much room and it doesn’t take much to hit the bottom of it. If you hit it hard enough it will crack it,” Marc said. That will set you back about $1,000.

The Cirrus also has a free castering nose wheel, and if you’re not trained right, you can go through brakes if you’re riding them while taxiing. Some people have a hard time using differential braking to steer, others don’t. Replacing the brakes are about $300 per side and when the club first got the plane they went through brakes fairly quickly. 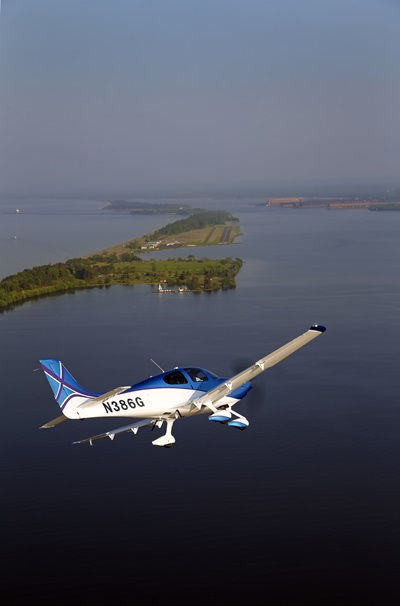 “We’ve gone to a named policy instead of an open policy. Why pay for 40 people when only five are flying it?” Marc asked. “We’ve saved money. It’s significantly less.” That dropped the annual insurance costs from $7,500 to $4,000 a year, owner Mike Barbarone said. The insurance company prefers to have only four pilots on the policy, but one of the club’s pilots lives out of the country and only flies the plane a few times a year so the club has five pilots on the policy.

The club carries $1 million smooth and has no problem getting insurance for the aircraft. But the insurance company does require club members to have a minimum of 250 hours, an instrument rating and CSIP training (Cirrus Standardized Instruction Program), which is probably about 10 hours depending on the pilot.

An SR22 could be used for instrument training, but both Marc and Mike wouldn’t recommend it for primary training. “The reason it has a parachute is if it gets into a spin, you’re not going to get out of a spin,” Mike said. “It’s a very slippery airplane. Going from a 182 to an SR20 there was still a big learning curve.”

Descent management and power management are much more critical and the sensitivity of the brakes while taxiing make it more challenging for a novice pilot. Things move a little faster than other aircraft and it is less forgiving than a Cherokee or a 172. Another aspect is the learning curve to get comfortable with the advanced avionics – one of the aircraft's main selling points. It’s got everything, but you need to learn how to use it.

Despite that, Marc said it is an easy airplane to fly and people do get their private and instrument ratings in Cirruses. He noted the plane’s simplicity compared with a Bonanza with its cowl flaps, gear, yaw dampers. There’s less to forget, but you do need to stay ahead of the airplane.

It has a huge cabin and plenty of legroom, even for a guy who is 6’-2” and 250 pounds. Even the back seat has plenty of legroom. Its useful load is about 600 pounds with full fuel or 750 pounds filled to the tabs.

The avionics really make the Cirrus stand out. It has an all glass panel and includes weather. “From an IFR platform, it’s absolutely amazing,” Mike said. They upgraded the Garmin 430s to the 650 WAAS and it has a DFC90 autopilot, which is an attitude-based system instead of a rate-based system like the S-Tec.

“The thing that I discovered for cross country is my passengers. I fly with my wife a lot and it started with the Cirrus. When they put in an MFD (multifunctional display) it answered the spouses question of where are we, where are we going, and how long is it going to take to get there,” Marc said. “The passengers’ ability to get information and stay engaged in the flight and feel comfortable is immense.”

“The fun factor outweighs the cost factor,” Mike said. “And they’re not real cheap, so that’s how much fun it is.” Marc noted the difference of flying Cirrus is felt on the takeoff roll for passengers accustomed to a Cherokee or 172. “When you hit that last piece, you always hear ‘wow!’ There’s an extra gear there they weren’t expecting. That’s fun for me to hear another pilot’s reaction.”

It’s responsive, it’s fast, it’s good looking. “The one downside is if you start flying an SR22 and you’re flying anything else, you might not have much fun in the other one,” Mike said.

The Cirrus SR22 is a fast, roomy, advanced aircraft that looks good with it’s curved smooth lines. It provides a great cross country platform and puts passengers unaccustomed to flying at ease with the technology and the parachute—for a price. It’s a great plane to attract younger, more technologically attuned pilots, particularly if they plan to take vacations with their families. Marc put it best when he said, “The SR22 is a plane you are proud to fly.”