Inspiration Comes in all Shapes and Sizes 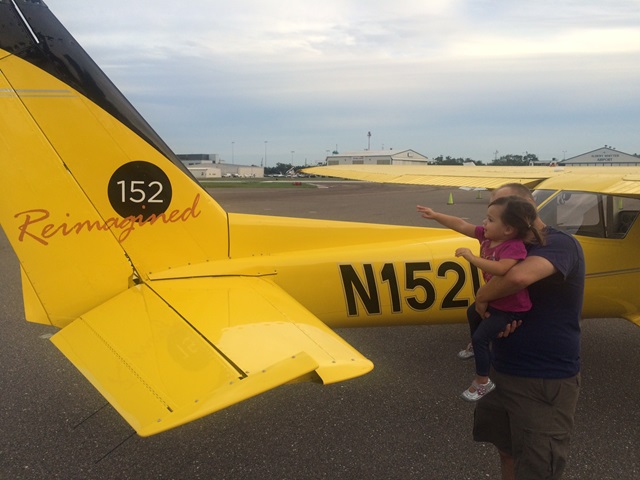 As manager of the Flying Club Initiative, I travel to flying clubs around the US to present seminars on the benefit of joining or starting a flying club.  The host flying club offers us a hangar or classroom, and we market to the local community to share the benefits of the local clubs and provide an informative presentation.  Recently I visited Winter Haven Florida, home of the Central Florida Flying Club which formed earlier in the year.  After hosting the presentation, I stuck around to mingle with the local pilots and learn more about the destinations within an hour flight of their home airport. Listening to the pilots chat, I became inspired to hop in an airplane and fly out to dinner with my wife. [Not that it's particularly difficult to inspire me to fly for a $100 hamburger].  With a destination in hand, we preflighted one of the Reimagined Cessna 152’s and headed to St. Petersburg’s Albert Whitted airport. 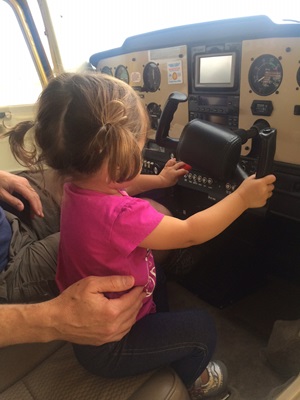 Having flown several of the reimagined aircraft, I knew they attract attention on the apron, but it continues to amaze me.  These restored flight training icons aren’t the fastest, sleekest, or most modern bird on the ramp, but to the average bystander they have a magnetic appeal.  Bright yellow from cowl to tail, pilots and non-pilots alike turn their heads to follow the simple and fun nature of the Reimagined Aircraft.  Parking our little yellow Cessna in front of a trendy ramp view restaurant had a catalyzing effect on table conversations for participants of all ages.

Specifically, a young future-pilot with pigtails bouncing in the warm Florida air pointed at our little airplane with youthful enthusiasm.  My wife and I couldn’t help but offer the opportunity to share the fun of our little plane with this next generation pilot.  We took a break from our meals, and headed out to the ramp.  Holding hands with her father, our little aviator grinned as we walked past generations of different makes and models of aircraft, from Robinsons to Wacos, she never took her eyes off the little yellow Cessna.  Her father, a military aircraft technician with a handful of flight hours, gave his daughter the VIP tour of the aircraft, from flight controls to instrumentation.  After five minutes of airplane adventure, we exchanged thank-yous and emails and headed separate ways.  I hadn’t known before hand, but our young future-pilot had just turned two years old.  I know from the experience that our pigtailed pilot will always look towards the sky. 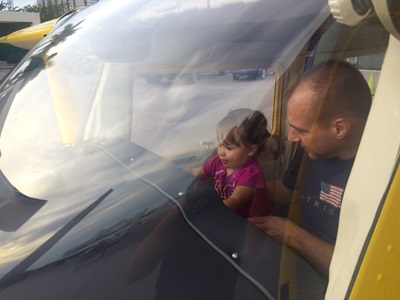 As you and your club members pilot your aircraft from place to place, keep in mind that you are the boots on the ground for encouraging the future of our hobby.  We don’t often see ‘learn to fly’ billboards or television commercials, but every aircraft that taxis onto the ramp can be an opportunity to market our passion.  As pilots, we don’t interpret an airport’s fence as red tape; the same is not true for potential future pilots whose curiosity draws them to their local airport.  Consider this as you and your club spread the awareness of general aviation, fly for pleasure, and interact with our next generation of aviation enthusiasts.  You might think that your Cessna 172 or Piper Cherokee isn’t the most radical flying toy on the ramp, but it may be the coolest aircraft that a non-pilot has ever seen up close and personal.