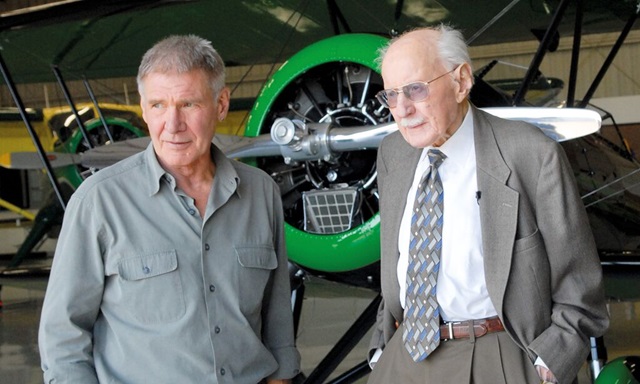 “There’s a camaraderie among aviators all over the world. That’s what all of us as aviators have enjoyed so much. It’s part of our good life—and it is a good life because I’ve not met very many people that were flying that I didn’t immediately like.”

Those words, spoken by R.A. “Bob” Hoover, are the concluding lines of Flying the Feathered Edge, The Bob Hoover Project, a documentary that captures the life and accomplishments of “the pilot’s pilot.”

As part of a Veteran’s Day tribute on Wednesday, November 11, the film was screened in 10 theaters in 10 states across the United States – from Seattle to San Diego; Tucson to Texas to Florida; in North Carolina (on Nov. 10) and Nebraska, as well as Utah, Indianapolis, and New Jersey – moviegoers learned about Hoover’s life and career, which included his service in World War II as a fighter pilot and prisoner of war. 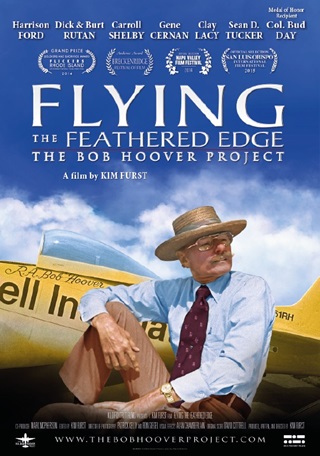 At the screening at the AMC Theaters in Hamilton, NJ many of the 60 people that came out to watch the film were flying club members. Three clubs were represented—the Jersey Aero Club based at Lakewood Airport (N12), the Skywagon Flying Club based at Morristown Municipal Airport (MMU), and the Soaring Tigers glider club based at Van Sant Airport in Pennsylvania came out along with members from local EAA chapters and the North Jersey Chapter of the Ninety-Nines.

The screening of Flying the Feathered Edge, a 90-minute film by award winning director Kim Furst, whose credits include Wings Over the Rockies starring Harrison Ford and the General Aviation classic One Six Right about Van Nuys Airport in California, provided a wonderful opportunity for flying clubs to mingle with each other and inspire people about the joys of flight.

Although the film screening was an informal event for all three clubs, a common theme for the evening was pilots bringing friends who are not part of the aviation community. And as you might expect with pilots, particularly those who are members of flying clubs, the conversation flowed easily and of course focused on flying.

Two women who are interested in learning to fly spoke with Marty Schneiderman and David Hunter from the Soaring Tigers about their club, which was founded by an undergraduate at Princeton University in 1974 as a student club and counts SpaceShipOne pilot Brian Binnie and astronaut Dan Barry among its past members.

Having a movie night is a great event for flying clubs, particularly as fall turns to winter and flying time tends to diminish. There are plenty of wonderful aviation movies from Wings, the first film to win the Best Picture Oscar in 1929, to modern classics like Top Gun, as well as the aviation documentaries already mentioned. All you need is a TV and DVD player or a computer with a projector, some seats, and popcorn and you’ve got an inexpensive way to have some fun, build camaraderie with fellow club members, and possibly inspire a few people to learn to fly and join the club. 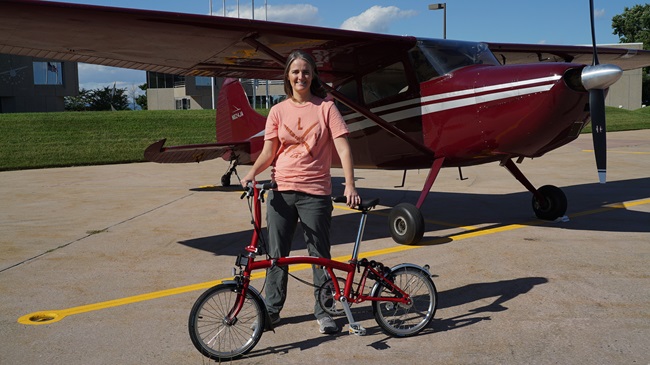 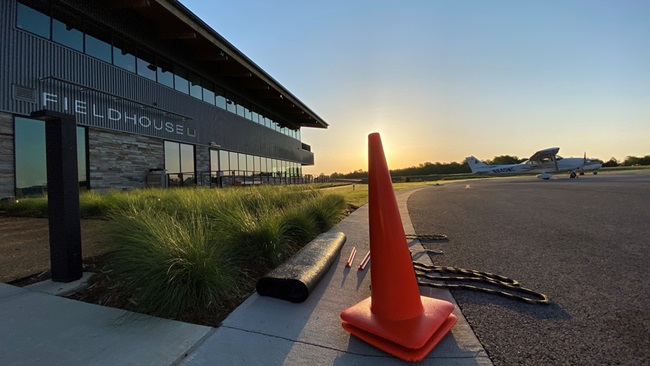