For a cost-conscience flying club looking to offer advanced training or do some cross-country flying, the Piper Arrow may be exactly what you’re looking for. The Arrow offers an easy step up from a Cherokee to a complex airplane and can be used for commercial and IFR ratings or for trips at a reasonable cost. Dave Sanders of the Bay Area Aero Club in Pearland, Texas, shares their experience with this solid all-around performer. [edit note: the author owns a 1968 Cherokee Arrow and has provided some additional information and may show a little bias.] 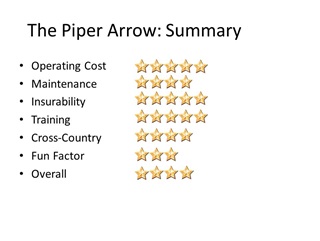 The Piper Arrow is one of the most cost effective four-seat aircraft a club can operate. It was first introduced in 1967 with a 180-hp fuel injected IO-360, before getting the 200-hp version a few years later. The Bay Area Aero Club (BAAC) flies it’s 1974 Arrow II about 350 hours a year and averages a fuel burn of 10.1 gph. If you lean it out on a cross country, the fuel burn drops to about 8 gph. Bay Area Aero Club charges $134 an hour, wet.

Maintenance (4 stars)
“The arrow is the easiest to maintain of the retractable gear aircraft,” Dave said. One of its advantages is that it’s a Piper Cherokee, and there were a lot made. Parts are easy to come by and mechanics are familiar with the aircraft.  The IO-360 is a common, reliable engine with a recommended TBO of 2,000 hours, so you should get plenty of use out of it.

Operating a retractable gear aircraft will naturally have higher maintenance costs because of the need to do a gear swing during the annual. The BAAC spends about $1,200 a year for the annual - $800 for the base inspection and “typically there’s another $200 to $400 of work to be done,” Dave said. “If you’re going to maintain the airplane at a given level, the quality of it, you’re going to spend an additional $400 to $500 over and above the annual.”

From the author’s experience, annual costs will vary based on geographic location and may be as high as $1,700 or $1,800 for the base annual in the Northeast or Midwest.

Dave noted that he has had to replace the gear motor/power pack every two or three years because it is worked a lot as a training aircraft – that works out to about every 1,000 hours of flight time. However, he also said he thinks it is the cheapest power pack to replace at $800, compared with $3,000 for a Cessna 172 RG.  The only other maintenance quibble Dave mentioned was having to replace the aileron and rudder skins do to fatigue. Again, most likely because of the heavy use as a training aircraft. In more general flying, the author has not had similar maintenance issues with either of these items. 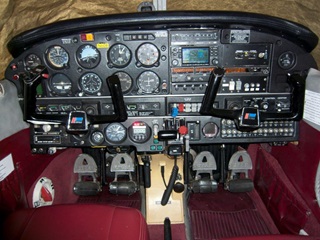 “It’s probably the most insurable plane around,” Dave said. Insurance is more expensive than a fixed-gear aircraft. BAAC pays between $600 and $700 a month for $1 million smooth liability and a $250 deductible for non-in-motion claims or $2,500 for in-motion claims. The insurance company use the club’s currency requirements – a minimum of 100 TT and a 5-hour check out in the Arrow.

“The primary purpose of the Arrow, or at least why the club wants one, is for retractable gear training – complex, commercial training,” Dave said. “That’s the primary purpose of it.” It’s a simple airplane to fly and it is an easy transition from a Cherokee. They are a stable platform and cost-efficient to operate, making the Arrow a good complex or IFR trainer.

Another advantage is most instructors are familiar with Arrows. “It’s not like you’re going to run into an instructor that doesn’t know the Arrow,” Dave said. “It’s a real common airplane so you have a lot of well-qualified instructors in the airplane. That helps when you’re instructing in an airplane that you know quite well.” 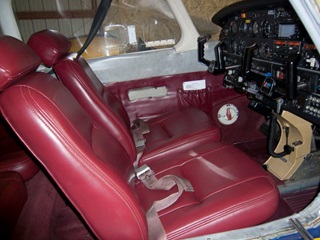 With a cruise speed of 140 knots and about a 600-nm range with an hour reserve based on 48 gallons of useful fuel, the Arrow will get you where you want to go. Later models without the Hershey Bar wing have more fuel capacity and range. There are faster aircraft, but for short to middle-distance cross-country flying, the Arrow is well suited.

“It’s a real economical airplane for two or three hour flights,” Dave said. “It’s more economical than a Cessna 172 because of the difference in speed.” Most Piper Arrows cruise between 135 and 145 knots with a fuel burn of about 8 gph. It has a useful load of 870 pounds, so trips with three people and bags or four people without bags should be no problem.

It’s a nice, stable, good-flying airplane that will get you where you want to go in a reasonable amount of time for a reasonable cost.

“It’s just a good all-around airplane. I believe it’s the biggest bang for the buck in terms of training purposes and cross-county [flying] as long as you’re not carrying a big load,” Dave said. “There are faster airplanes, but they cost more to operate and don’t get you there much quicker. It just depends on your preferences.” A club looking for a solid performer, that can serve multiple roles without a high cost will find the Piper Arrow an attractive option. 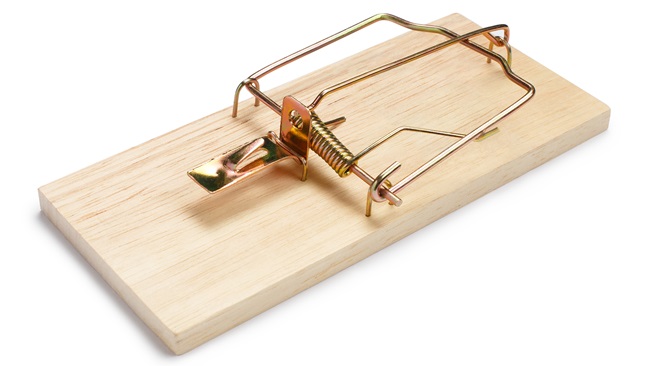