Is Your Club the Next Flight Training Excellence Award Winner? Take the Poll 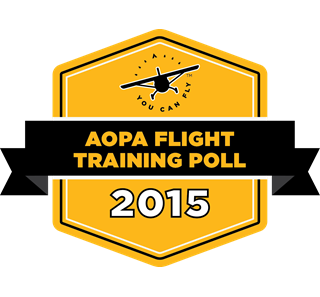 2012 represented the first year of the AOPA Flight Training Excellence Awards, a recognition program designed to highlight and promote the nation’s most customer oriented flight training providers.  Although the awards were originally conceived to promote and support flight schools, to AOPA’s surprise several flying clubs surfaced as award winning organizations and many more made the list of honor roll.  What does this say about America’s flying clubs?  They can be a great place to learn to fly.

As supported by the 2012 Flying Club Research, clubs offer excellent experiences for both pilots and students alike.  The club environment offers several benefits over traditional flight schools all of which relate to the high standards and camaraderie that clubs facilitate.  Some of the facts include:

As an added benefit, students and pilots will have the opportunity to win several prizes for their participation in the Flight Training Poll.  Prizes include a Jeppesen Private Pilot Kit, a David Clark Headset, and a Sporty’s Flight Gear Bag.

Good Luck!  We’ll see you at the award ceremony.