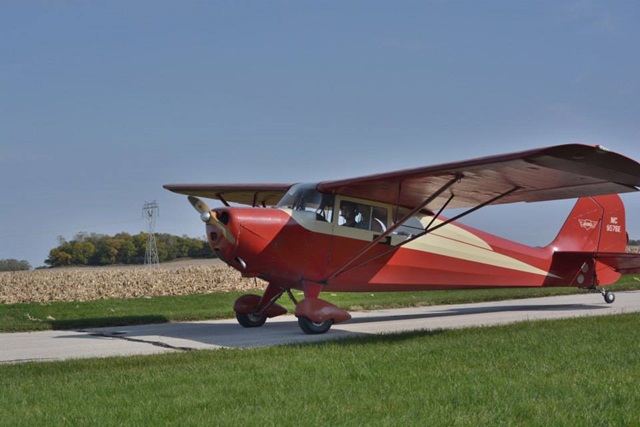 That exchange between the ghost of Shoeless Joe Jackson and Ray Kinsella from the movie Field of Dreams is referring to a baseball field. But in Oxford, Iowa, they could be talking about an airfield.

About 20 miles south of Cedar Rapids, bordered by corn fields you’ll find the Green Castle Airport (IA24), operated by the Green Castle Aero Club. It has a 4,000-foot runway – 2,600-feet is paved, the rest is grass. There are a few hangars and about 35 aircraft based there, including several old tail draggers. It harkens back to a simper time, back to the heyday of aviation. Even the modern planes are from another generation.

“That’s the way our club is set up. We don’t have any airplanes here that are new,” Chief Instructor Terry Koehn said. “All of our airplanes are 40 years old or more. You can see by the age of them. We’re a social club.”

It’s a formula that has worked for more than 20 years. Operating a fleet of seven aircraft including an Aeronca Chief and an Ercoupe from 1946, a 1964 Cessna 172, a 1965 Cherokee 180, a 1967 Piper Arrow, and two Cessna 150s with the newest built in 1974, Green Castle Aero Club is able to keep rates affordable and concentrate on training a new generation of pilots, as well as hosting community events. 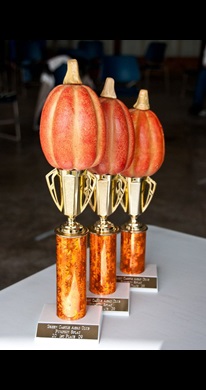 "Other than being a social club for all members, our focus is towards youth,” Terry said. “We conduct three events during the year that are directed toward fundraising for scholarships for young people, 16 or 17 years old, to help them get their license.”

The club grants two scholarships that cover about half the cost of flight training. The winners must submit a written application and have an interview with a board that makes the selection. The students are picked in the spring and by fall generally have earned their license. Most are planning careers in aviation, but some just want to fly general aviation aircraft.

To raise money for the scholarship, the club hosts two events where they drop things out of airplanes, and one family fun day. In the spring they host a flour-bombing contest and in the fall, they throw pumpkins out of airplanes. During the “Pumpkin Splat” anyone can pay $20 for a pumpkin, fly with a club member and chuck it out the window.

“Our pilots volunteer their time. We’ll take anyone up if they just want a ride and introduce people to aviation,” Terry said. “Once the word gets out that you’re throwing pumpkins out [of an airplane], you’d be surprised how many people come out to the field that never knew where the airport was before.” 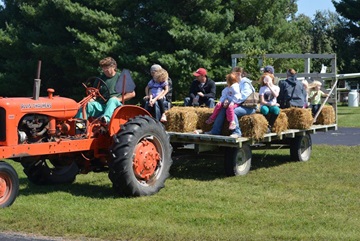 The big event each year is a family fun adventure day with horseback rides, an inflatable moon bounce, face painting and hay rides, as well as aircraft rides to anyone who wants it. The three events combined raise between $5,000 and $6,000 each year for the scholarship fund.

Living a Dream
“Is there a heaven?”
“Oh yeah. It’s the place where dreams come true.”
“Maybe this is heaven.”
—Ray Kinsella speaking with his father John Kinsella, Field of Dreams

It all began with a dream. Don and Jackie Nelson’s lifelong dream was “to have a place in the country with a little landing strip and our very own airplane,” Jackie wrote on the Green Castle Aero Club’s website. In the summer of 1975 they found a house for sale with 117 acres, a windsock, and a grass runway. They bought the property and the following spring Don bought a Cessna 150. He started instructing and Green Castle Airport and Green Castle Aviation were born.

The airport and business grew over the years. A maintenance shop was added, and by 1978 a hard surface runway was built. More C-150s and a C-172 were added to the fleet and hundreds of students earned their pilot certificates. Meanwhile, the Nelson’s son Bill farmed the land that wasn’t used for the airport.

About 20 years after the airport was founded, the Nelson’s had retired and the maintenance shop was ready to follow suit. According to the club history online, “Don’s ‘worse nightmare’ was that his airport would degenerate into a ‘benign storage facility for aircraft.’” So he and fellow flight instructor Gary Lust had an idea – form a flying club like the ones in Australia. They were social clubs that involved families, offered flight training, and every airport in the country had one.

A meeting was held, and in 1993 the Green Castle Aero Club was founded. Today, Don Nelson is in his late 80s and he and Jackie still own the airport. They rent it to the club for $1,500 a month. The Nelson’s maintain the hangars, and volunteers from the club do most of the other work around the airport. 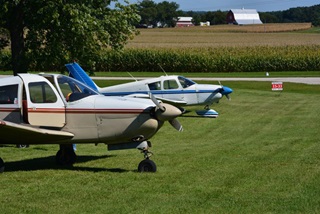 “All the grass is mowed by volunteers and the snow is plowed by volunteers,” Terry said. “We’ll give dual in any piece of equipment we’ve got, and we’ll have you up and running in a short period of time.”

Both the mowing crew and plowing crew have about six volunteers each, and they stay busy. “We’ve got a 4,000-foot runway and 2,600-feet of it just happens to have some asphalt down on it,” Terry said. “We have a lot of grass to mow. We have a 1,400-foot of turf runway that is probably 90-feet wide. The asphalt is 26 [feet wide], so it leaves a lot of grass on both sides. We can’t mow it as fast as we can plow it.”

There are about 150 members who pay a one-time $150 initiation fee and dues are $20 a month. About 80 percent of the members fly, while another 20 percent are non-flying, social members. Anyone who wants to base an aircraft at the field must be a member of the club. All members have access to the fleet of seven aircraft, as long as they have a checkout. 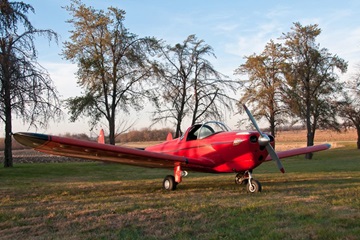 There are four instructors that are club members that operate as independent contractors and train about 15 students each year. The club offers Sport Pilot training in a 1946 Ercoupe (see this month’s Aircraft Spotlight) and tailwheel endorsements in a 1946 Aeronca Chief. Green Castle is the only flight school in the area that offers either type of training, so students will travel an hour or two to join the club.

What started as one couple’s simple dream to live on a farm with a plane and a runway has grown over 40 years into a thriving airport, a successful flying club, and an extraordinary community in eastern Iowa known as the Green Castle Aero Club and Airport.

“Don Nelson is 87 right now. He is the Godfather of the Aero Club,” Terry said. “We wouldn’t be here if it wasn’t for him.”

It reminds me of the scene from Field of Dreams when an elderly Dr. Graham showing Ray Kinsella his office says, “This is my most special place in all the world, Ray. Once a place touches you like this, the wind never blows so cold again. You feel for it, like it was your child.”

I’m sure if you ask Don Nelson about Green Castle, he would say the same thing.