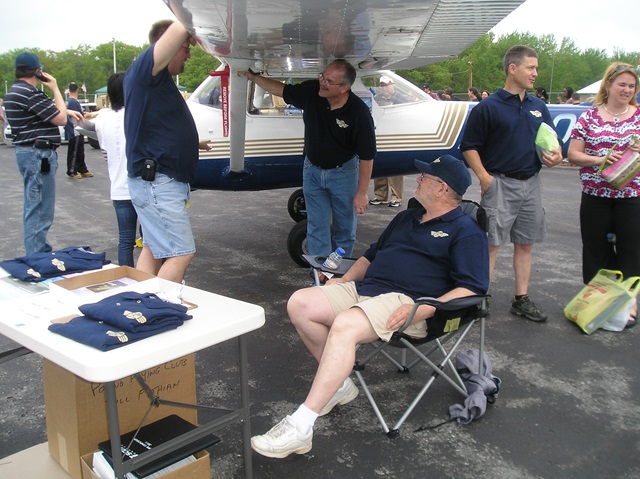 When someone is willing to travel 90 miles to become a member of your club and take flight lessons, you must be doing something right. The Pocono Mountains Flying Club in northeast Pennsylvania is doing a lot right, and has a model worth replicating if you are interested in starting a club with low rates and a focus on flight training.

Three years ago, Paul Houle and a few other pilots decided to form a flying club after the local flight school went out of business. Today the club is producing new pilots on a regular basis and has grown to 25 members and two aircraft.

“The goal of the club is simply to provide as much flying to as many people at as low a cost as we can,” Paul said.

Paul, a retired Physics professor and CFII, started flight instruction on a part-time basis a few years ago for a local flight school at Pocono Mountains Municipal Airport (KMPO), about 20 miles southeast of Wilkes-Barre/Scranton International Airport (KAVP). The school had a tough time making it financially and eventually closed its doors.

So Paul and a few others put the word out that they were looking for 10 guys each of whom would put in $2,200 to start a flying club. The thought was $22,000 would be enough to buy a Cessna 150, incorporate, and insure it. (See this month’s Aircraft Spotlight to learn more about operating a C-150 in a club environment).

In just a few months, the club had its 10 “charter members” who each paid the $2,200 joining fee, which is refundable as long as the club has money. That fee also is transferable, so a charter member can sell it to someone else who wanted to be a member and it could be sold over again.

Once the club had its start-up money, the board decided the club would be better off in the market with a non-refundable joining fee of $1,500 for future members. The club figured with 15 members dues of $50 a month would cover all of the fixed costs, such as the tie-down fees, insurance, and annual inspection.

The hourly rates pay for the cost to run the airplane – gas, oil, minor maintenance, and an engine reserve. The club charges $50 an hour, which breaks down to about $30 for gas (based on a fuel burn of 5 gph at $6 a gallon), $8 an hour is set aside for the major overhaul, and $12 covers basic maintenance such as oil changes, tires, etc.

The club has two 150s—one is IFR-equipped, the other is not. The IFR aircraft rents for $55. “It has an extra NavComm in it and we figure that will cost a few extra bucks for servicing as the years go by so we made it $55,” Paul said.

The $1,500 membership fee is used for improving major items in the club. “We used that money to buy the second airplane, and we just bought a clubhouse and had it installed,” Paul said. “We have a beautiful, 24 x 48-foot clubhouse. In the spring we’ll be able to open it.” 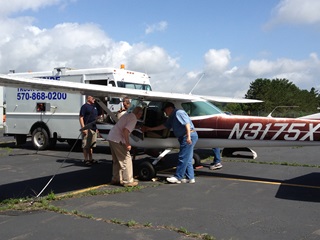 The club started with a VFR Cessna 150 that it purchased for $15,000. The IFR aircraft was purchased last year for $10,000 and needed some work as it was out of annual and the registration had expired. The club spent about $5,000 for two NavComms and to replace some instruments. “When we were done, we had it instrument certified and equipped for $15,000 all together,” Paul said.

“If a club wants to get started, you can certainly buy a 150 for $15,000 in good condition and relatively low time,” Paul said. “The first 150 we bought only had about 250 hours since the major, and the other 150 that is now IFR equipped had about 500 hours since it’s major. You just have to shop around.” 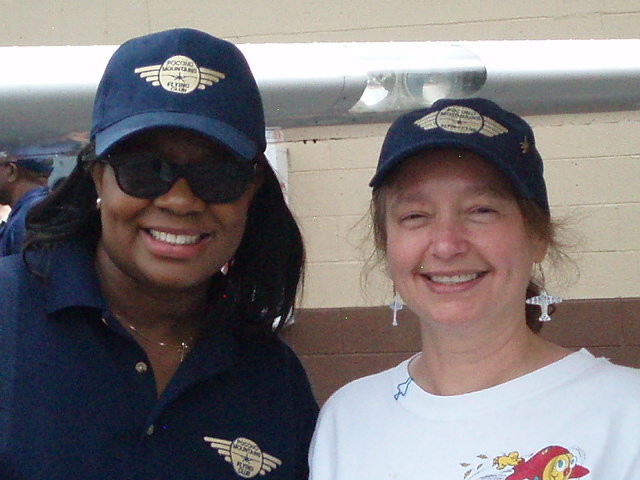 The IFR-equipped 150 has two King 155B NavComms, one with a glideslope, but no GPS. “The VFR one has a GPS, a Garmin 250,” Paul said. “But we don’t have that in the IFR trainer and that is intentional.”

While an instrument-certified GPS would open up some additional approaches, they are not required for an IFR rating. Paul believes training with a GPS only hurts the student’s ability to master the VORs. “Once you have a GPS, learning to master the VORs is really hard,” he said. “It’s like giving 8th graders calculators and then expecting them to master the multiplication tables. It just doesn’t work.”

Since the club began operating the IFR-equipped 150 last year, one member has earned their instrument rating and a few are currently training. The club’s focus has been primary instruction at a low cost, and last year six members earned their private pilot certificate.

The club has two instructors year round, and adds two more in the summer. Instruction is $30 an hour. Couple that with the $50 an hour to rent the aircraft and earning a license is quite affordable.

“You can get your private pilots certificate in let’s say 50 hours, which is a reasonable amount of time,” Paul said. “With that 50 hours and the cost of lessons it’s $5,000. Now that includes the membership fees and the dues, which is half to a third of what you would have to pay at a flying school. If you want to learn to fly, this is where you come. You can’t do it at a better price or at a better location than we have here.”

That is why people from New York City will drive 90 miles to Pocono Mountains to earn their license. “We have people from Manhattan that drive to take their flight lessons here, then they go back home on the same day because it’s so much cheaper than flying out of Long Island or the East Coast of New Jersey,” Paul said. “The Pocono Mountains is a fairly big resort area. People will come up for the weekend, stay at their summer home, and then take flight lessons. We’ve had them tell us if I take a lesson at Republic [Airport on Long Island], I have to schedule two hours to get one hour of flight, but they have to pay for two hours of flight time because that’s what’s on the Hobbs.” 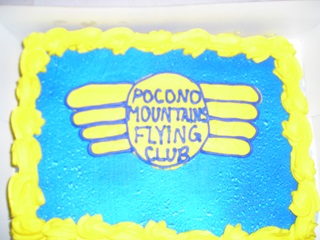 At the monthly meetings, the club celebrates everybody’s accomplishments. The club presents awards and certificates for milestones, such as soloes or earning your private pilots certificate. “We celebrate every accomplishment made by a member of the club,” Paul said. “Almost every month we have someone who has soloed or passed their written or done their long cross country or gotten their private pilots certificate. We have little pins that you stick on your shirt or your hat.”

The club has 25 members who are relatively active, and another 15 or 20 social members who don’t pay dues or the membership fee, but like to come to the BBQs and social events. “Half of the value of being in the club to me is the social component of it. Some of my very best friends now are guys I’ve met through the club,” Paul said. Last summer, the club had a bomb drop competition and a landing competition, and this year they are planning to do a poker run.

“It’s a fun place, a great group of people, and the club is just growing,” Paul said. “We pick up six new people a year. It’s a real happy, real social place. I’m glad we started the club, it’s added a lot to my life.” 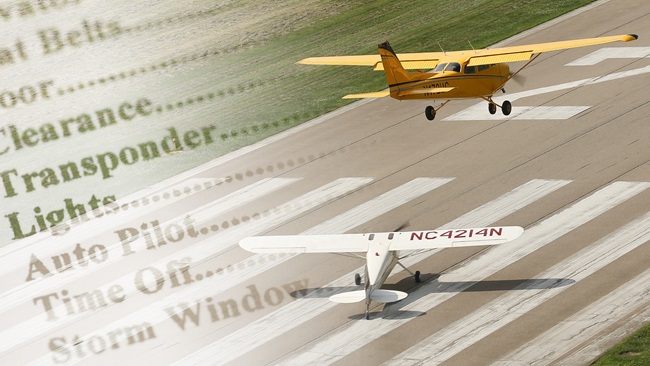