The Cessna 150 has been used to teach pilots to fly for decades and is still going strong. It is durable, simple to fly, and inexpensive to operate. It may not be fancy, but most pilots have a soft spot for this reliable little trainer. Pocono Mountains Flying Club President Paul Houle shares how his club has used the Cessna 150 to create new pilots and build the flying club. 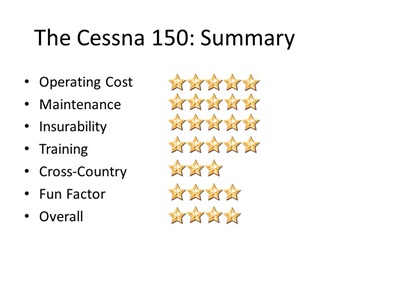 Operating Cost (5 stars)
The Cessna 150 is one of the most cost effective aircraft a club can operate. It has a 100-hp O-200 engine that burns about 5 gph and has a recommended TBO of 1,800 hours or 12 years. Pocono Mountains Flying Club charges $50 an hour, Hobbs time, wet.

“The $50 an hour that the club charges its members is right on target for the operating costs,” Paul said. “We’ve been paying about $6 a gallon up here in Mount Pocono, so $30 was gas and $20 was the rest. The rest includes $8 an hour set aside for the major overhaul, and $12 for the usual kind of maintenance you would expect on a trainer – tires, oil changes.”

Maintenance (5 stars)
Operating an aircraft as common and basic as the C-150 has its advantages. For starters, mechanics are familiar with the aircraft. The O-200 is a common, reliable engine, which is “really easy to work on,” Paul said. The club does much of it’s own maintenance on things that an owner is allowed to do, such as oil changes and replacing tires.

It’s a workhorse that can take a beating from student pilots. Paul points out, “it’s got the standard Cessna struts on them, which are the big steel spring loaded struts. I hate to say this but you can really smash it down and it just sits right up again.”

PMFC pays $275 for an annual, although they can run as much as $1,000. Parts are readily available from Cessna or on the used market. Not all maintenance shops will install used parts, but Paul said it can make a big difference.

When PMFC needed a small part that helps keep the door open, Cessna wanted $1,000 for a new part. Texas Air Salvage had a used part in good condition for $90. “That company guarantees their parts and they send you pictures of the part before they send it to you to make sure it’s exactly what you want and it’s in the condition that you want,” Paul said. “They’re a great company to buy from and they’re incredibly inexpensive compared to going to a dealer or a manufacturer.” 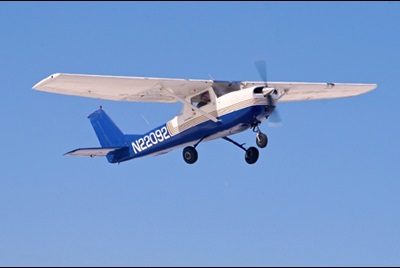 Having a known aircraft that was produced in large numbers makes getting insurance easy. Having a low hull value also keeps costs down. PMFC pays $2,200 a year for each of its 150s. “That insures us for any number of student pilots,” Paul said. “We have 25 members and they are all insured.”


Training (5 stars)
“In my mind it is the best trainer ever made,” Paul said. It only has two seats, which keeps it smaller and less expensive. “It’s easy to operate, it’s easy to learn on because it’s panel is not so big that you can load it up with a lot of equipment. You have six flight instruments, the clock, you have one or two NavComms and your engine instruments, that’s it really,” Paul said.

Paul also likes that it is relatively slow, with a cruise speed of about 100 mph. “That makes it perfect for instrument training. You don’t have to race down the ILS, you’re just going down slowly, you can make adjustments. You spend a lot of time on the final approach course in a 150, and that’s the practice that you need.” In faster aircraft, like a Skyhawk or a Piper Arrow, you get less time on the ILS, so the amount of training you get per approach is less.

The drawback to the 150 is on a hot summer’s day its performance is low. “If you were flying out of a 2,000-foot strip, with high-density altitudes, the 150 is problem,” Paul said. It also has a useful load of about 580 pounds. So getting two 200-pound people in the plane and full fuel is a challenge.

“We had a couple of people who were interested in joining the club that were too heavy for joining our club. We recommended a flight school because we couldn’t take them,” Paul said. 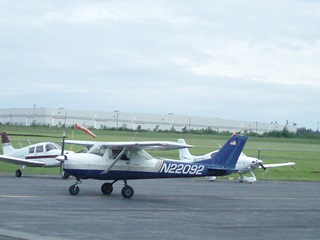 With a cruise speed of 100 mph and about a 300-nm range with an hour reserve based on 23.5 gallons of useful fuel, it probably won’t be your first choice for a cross county aircraft. It’s also a small plane, although PMFC does have a couple members that are more than six feet tall that enjoy flying the 150. One is 6’-2” and says, “it’s like driving a sports car, I’m putting it on.”

Despite not being the ideal cross country platform, PMFC members have flown the aircraft from the Poconos to places like Boston, Burlington, Vermont, and Maine – all destinations within 250 miles.

Fun Factor (3 stars)
It might not jump out as the most fun airplane to fly, but pilots love it. It’s easy to fly and simple to maneuver. One of Paul’s favorite aspects is the windows on either side open a few inches. “The windows open on both sides of these airplanes, which is great,” Paul said. “It’s not flying open cockpit, but it’s as close to flying open cockpit as you can get. It’s a blast, it’s a great time.”

Overall (4 stars)
“We settled on the 150 because for us it seemed like the most important thing was the cost and there was nothing less expensive to operate than the 150,” Paul said. It’s a solid, durable trainer that can take a beating from student pilots and is inexpensive to operate. It has a low purchase price and is easy to insure, making it a great airplane for a new club. 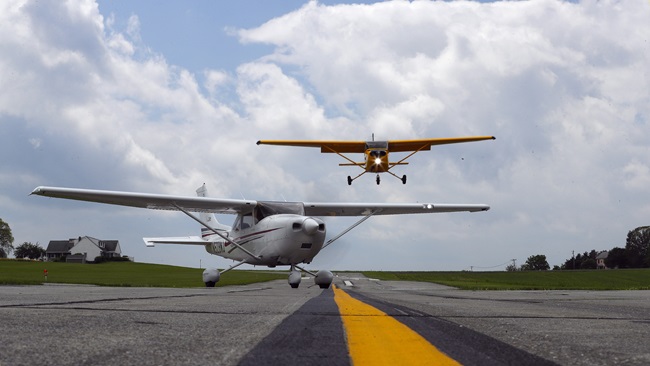