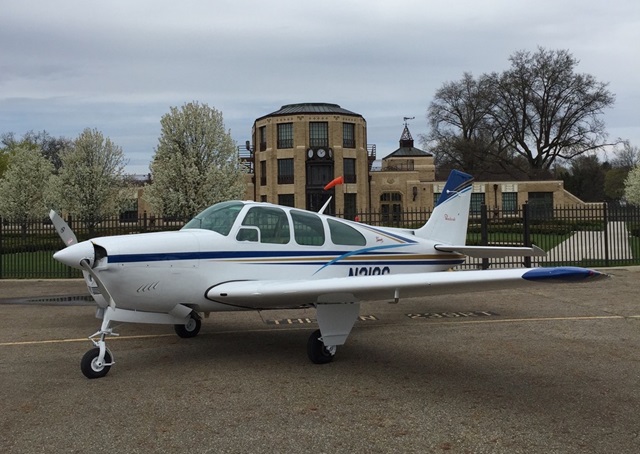 The Beech Debonair was first produced in 1960 and was a stripped down, straight-tail version of Beechcraft’s iconic V-tail Bonanza first produced in 1947. It seats four and the interior was more sparsely acquainted to keep the cost competitive with the Piper Commanche. Akron, Ohio-based Aero Fliers purchased its Debonair new in 1966 while still Goodyear’s company flying club and has operated it ever since. The aircraft serves as a complex trainer for members working on their Commercial rating, and can carry a large load wherever you want to go and get you there a fast. Club President Leonard Dyko share’s Aero Fliers’ experience with the Debonair. 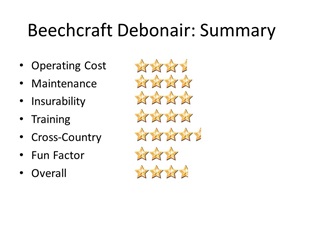 The purchase price on a Debonair ranges from about $40,000 to $100,000 depending on the engine, avionics and total time, making it a reasonable purchase. “It’s what’s inside it,” Aero Fliers President Leonard Dyko said. “When we Vreffed ours it made perfectly good sense to put a Garmin in because it’s going to pop us up (in value). If you get one strip to the bone, it’s going to be on the low end and if you get one with glass it ranks it right up there.”

What you’ll get is a comfortable four-seat aircraft that cruises at 165 to 170 knots while burning 15 gph with plenty of hauling capacity. Aero Fliers rents its Debonair for $170 an hour, Hobbs time wet. If you choose to pay up front using the block reservation system, it’s only $155 an hour.

There are no surprises with the Debonair. It’s a solid design that’s been flying for more than 50 years and parts are plentiful. In all the years Aero Fliers has had the aircraft, “we haven’t bumped into any little nuances in it,” Leonard said. “For as much as the airplane is used we haven’t had any zingers for maintenance.”

The only thing that makes it a little more expensive is that it is a retractable, meaning the annual will cost more than a comparable fixed-gear aircraft. Aero Fliers usually spends between $1,200 and $1,500 on an annual.

“We’ve had zero problems getting it insured. We’ve dealt with the same company for years and it’s a matter of routine,” Leonard said. “The only thing they ask for each year is an update on pilots and their currency, hours, and ratings. That’s it. As far as the airframe we haven’t had any issues insuring it.”

The insurance company does require club members to have a minimum of 250 hours PIC and then 25 hours in type or 10 hours with an instructor to get checked out. That’s the standard retractable requirement, Leonard said. 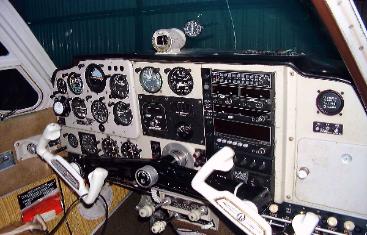 For a commercial license you need access to a complex aircraft—retractable gear and a constant speed prop—making the Debonair a popular aircraft for advanced training. And with a 285 hp engine pilots can also get their high performance endorsement. Several club members have used it to earn their commercial tickets, and two used it to go all the way through an ATP rating.

“It’s a very stable platform. It’s kind of like flying a Cessna 152 – it goes where you want it, does what you want it to,” Leonard said. “It’s a high performance aircraft, it can do the maneuvers and it doesn’t falter. It’s just extremely stable and very comforting to fly.”

This is where the Debonair shines. “It gives you the performance of a Cirrus with the carrying capacity and space of a Cessna 182. You can put as much luggage in the Debonair as you can in the 182, but still get great performance,” Leonard said. “We get a 120 knots out of the 182, and the Debonair is up at the 170 range. That’s the biggest draw for doing cross countries—you can load it to the gills and fly there quick.”

It might look rather ordinary, but the plane performs. “The Debonair we have is not aerobatic rated but there is an aerobatic version of the Debonair out there and what we have is pretty much it,” Leonard said. “I wouldn’t recommend rolling the thing but it’s high performance, it climbs. It has get up and go.”

The Debonair is a more cost effective Bonanza, making it what the Aero Fliers like to call a “working man’s Bonanza.” It’s roomy, can carry a large load, and get you where you want to go quickly with a reasonable fuel burn. Besides being well-suited for cross-country flights, it’s a solid commercial trainer as well. For a club looking for a complex, high-performance aircraft that can be used for training or travel at a reasonable price, the Debonair is a great option. Leonard put it best when he said, “It gives you the performance of a Cirrus with the carrying capacity and space of a Cessna 182.” 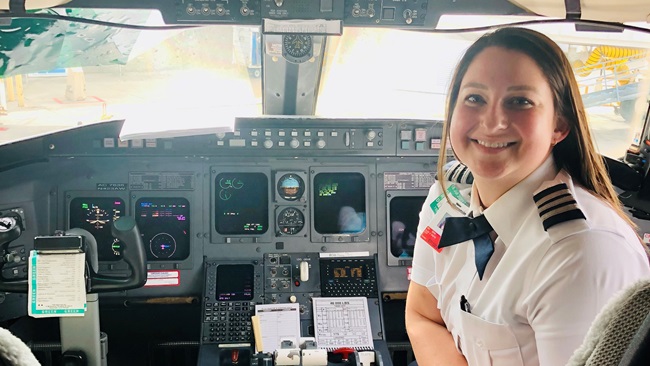