Getting Started is Easier Than You Think: The Golden Corner Flying Club 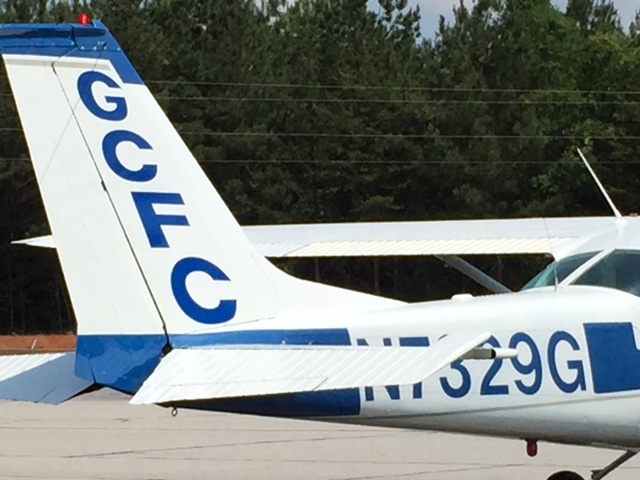 If you want to start a flying club, look no further than the northwest corner of South Carolina. Oconee County is wedged between North Carolina and Georgia and takes its name from a Cherokee word meaning “land beside the water.”

That’s where you’ll find the Golden Corner Flying Club (GCFC) based at Oconee County Regional Airport (KCEU) just across Lake Hartwell and a few minutes’ drive from Clemson University. In just 91 days, GCFC went from its first meeting to form the club to owning and operating a Cessna 172.

It all began in July of last year when Eddie Perry found himself in a predicament. He had been a partner in a Beech Sundower with two other people. But the partnership dissolved and the plane was sold.

With limited and expensive rental options in the area, Eddie was looking for an affordable way to fly. He and his friend Vic Holley got to talking and decided to start a flying club. 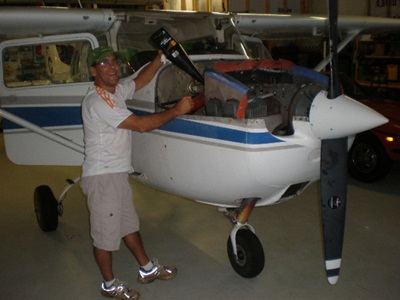 Just before Christmas last year they did some advertising. They did the usual  – they made brochures and posters that were distributed to local airports and FBOs, and they joined AOPA’s Club Finder online. “We started the ‘flying club in formation’ on the AOPA web site,” Eddie said. “We got most of our hits from that.”

But they also took it a step further – they sent out a press release and their persistent follow up resulted in getting free Public Service Announcements on three different radio stations because of the club’s 501(c)3 non-profit status. The local paper also listed the club’s first meeting on its calendar page.

In mid-February GCFC held its first meeting—and the room was full of people. The timing was just right. A long-time flight instructor was retiring and sold his airplanes, reducing the local rental fleet and flight training options.

About 25 people attended the meeting and the club was formed with five members “that actually ponied up and put the cash up.” There is a $200 non-refundable application fee and a $1,500 “security deposit” that is refunded upon leaving the club.

Dues are $100 a month for fixed costs, plus $160 for flying, which pays for two-hours of flight time. GCFC charges $80 an hour, Tach time, wet. So monthly dues, which are billed a month in advance, come to $260 a month and include the first two hours of flying. The mandatory charge for flight time is to encourage members to fly with the thought that active pilots are safer than inactive pilots. 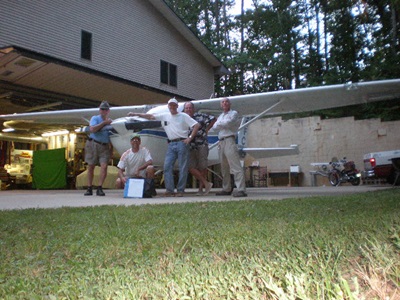 One of the members, a student pilot who is now the president, Redd Gardner, offered to give a low interest loan to the club to buy a plane. “We bought the plane 91 days after we formed the club,” Eddie said.  “That was the lynch pin. As soon as we got the airplane, we got two more members almost immediately.”

Today they have 10 members from all over the region and an IFR-equipped 1972 Cessna 172 that they purchased for $25,000. In the first two months of owning the airplane, it’s flown about 50 hours.

The 10 members have a varied background – four are student pilots, three are private pilots without an IFR rating, two are CFIs (one is an ATP, so he’s the club’s chief pilot), and Eddie who is a multi-engine, commercial, IFR-rated pilot. There is a 16-year-old member who is a student pilot and wants to go to Annapolis and become a Naval Aviator, and one member is female.

The mission of the club is primary training, and that was determined because two of the five founding members were students, and a third was a low-time pilot who hadn’t flown in six years. Only Eddie and Vic, who is the ATP, had substantial flight time and experience.

“If we had five IFR pilots [to start], we probably would have jumped into a bigger, faster plane,” Eddie said. “But the mission became what it was because of the membership. We got that out of AOPA’s materials. There was some real good stuff on identifying the mission.”

Every Monday night GCFC holds a ground school for two hours teaching all levels from private through instrument. Eddie is using it to work on his CFI.

The club has been contacted by the parents of a 17-year-old student who wants to earn his pilot’s license and go on to Embry-Riddle or a similar college. When Eddie asked why they chose GCFC, they said money.

“We crunched the numbers – what it would cost to get your private at 40 hours, which is the minimum. We’re $8,000 cheaper for the 40 hours than the flight school at Greenville,” Eddie said. “They charge an arm and a leg over there. They’re in business to make money. For 40 hours of IFR we’re at a $6,000 difference.”

What GCFC found most useful on AOPA’s Flying Club initiative web site was information on determining costs. “When we got to crunching the numbers, figuring out what it would cost, what loan rates were, I thought AOPA had a real good graph on the four different ways you could finance a plane for a club,” Eddie said. “And then the other one was what the cost of owning and operating an airplane is. That was excellent off of the AOPA web site.”

“Another thing that we really used a lot was AOPA’s justification for a club. That was really good,” Eddie said. “We had a bunch of bites on that. And the bylaws that you had organized was a very good start for us.”

GCFC reached out to other flying clubs, including the Clemson University Flying Club, also based at Oconee County Airport. To join Clemson’s club you have to be a student or a graduate of the university, so it’s a closed membership. Eddie knows the faculty advisor for Clemson’s club, and he asked for help, which they were more than happy to provide. Besides information on how to organize, Clemson provides space for GCFC to keep a storage bin, ladder, equipment and oil. The two clubs planes are parked next to each other on the ramp.

Even though the Golden Corner Flying Club is just six months old, it is already looking to expand. Eddie thinks the club could eventually grow large enough to support four aircraft, and GCFC is actively looking for a second plane to add once it gets to 12 to 14 members.

“The next airplane needs to be an airplane where we can get in and go somewhere, so it has to be at least a 182,” Eddie said. “We live within a couple hundred miles of the beach so a 182 would get us to Myrtle Beach or Hilton Head Island or even Panama City in just a couple of hours.”

The question is whether it should be retractable gear. One argument is it could be used for commercial training. Another reason adding an RG might be smart is that Clemson’s flying club doesn’t have a retractable gear aircraft, so it could help bring in some members to GCFC. However, the annual costs are higher, as is insurance. One thing the club has decided is that it will lease its next plane so it doesn’t need as much capital up front as they would if they purchased another plane. They are looking for aircraft valued in the $100,000 range or less. 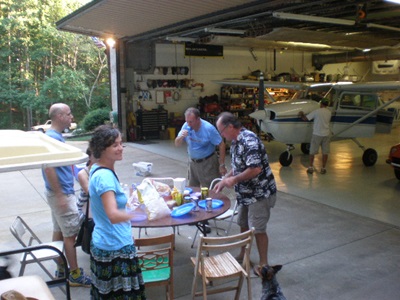 As the club continues to grow, it plans events like cookouts for the corporate pilots that fly people in for Clemson football games to go along with the cookouts they do whenever they have maintenance days.

“Once that gets going, it goes back to small town airports the way it used to be where everybody was at their hangar Saturday mornings, talking flying, waving their arms around, and going around the pattern and coming back,” Eddie said. “We’re trying to get back to that—fun flying.”