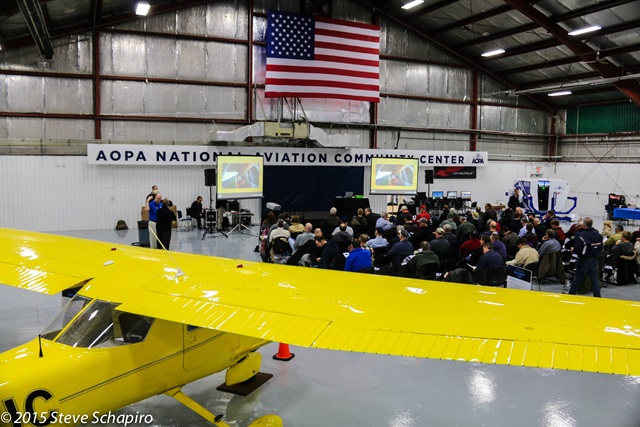 Earning a Private Pilot’s Certificate is like completing a marathon. Once you cross the finish line after 26.2 miles you are a marathoner, and that distinction is something that you will carry for the rest of your life.

The same is true for flying – once you’ve passed your written, oral, and flight exams you’re a pilot and no one can ever take that away from you – even if you haven’t flown in a few months, a few years, or even a few decades.

The question then becomes about currency. AOPA’s Rusty Pilot Program is designed to put pilots who haven’t flown in awhile back in the left seat.

It’s a tool flying clubs are using to gain exposure in their communities, to attract potential members, and most importantly to strengthen general aviation.

“It’s the responsibility of local GA leaders including flying clubs and flight schools to promote aviation,” Capitol City Flyers President Colin Maitland said. The Madison, Wisconsin-based flying club partnered with Wisconsin Aviation, the local FBO and flight school, to hold a Rusty Pilot’s Seminar that attracted about 110 people. “Whether they join the club or not, getting pilot’s back in the cockpit makes general aviation stronger and everyone benefits,” Colin said.

What is the Seminar? 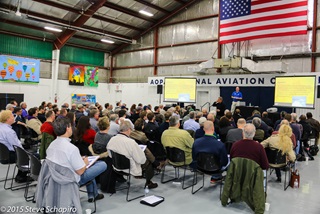 The three-hour seminar covers what it takes to be PIC once again—including a review of airspace, weather, VFR traffic patterns, communications and new types of aircraft and avionics, like LSAs and glass cockpits.

It’s designed to provide a refresher for pilots who have been away from aviation for a while with information that may have changed (for some attendees the last time they flew, Class B Airspace was called a Terminal Control Area, or a TCA).

The course isn’t only for those who haven’t flown in awhile. Attending the three-hour seminar counts as the ground portion of the biennial flight review (BFR), which I learned isn’t called a BFR any more. It’s just a flight review. 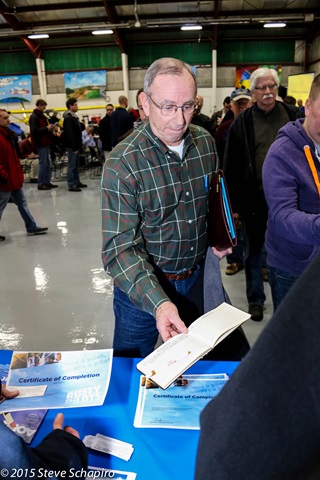 So in addition to providing a way for your club to gain exposure and recruit new members, the Rusty Pilot seminar is valuable to your current club members looking to satisfy the ground portion of the flight review or for members who want to brush up on the various aspects of flight.

In fact, a Rusty Pilots seminar that the California-based Monterey Flyers recently held had as many current pilots  interested in completing the ground portion of their flight review as they did rusty pilots.

How do you set it up?

If your club wants to host a Rusty Pilot seminar, AOPA will provide a power point presentation and a guide on how to present the material, as well as marketing support to advertise the seminar, typically an email to local, lapsed pilots.

“It’s a good seminar, it was well done,” Monterey Flyers Chief Pilot Georgia Ventriss said after using the materials to present the seminar.

The material is presented in an interactive format that makes the time go by more quickly and made the seminar both informative and a lot of fun.

The key is to be able to offer flight training to the attendees at the end of the seminar. If your club doesn’t provide flight instruction, partner with the local flight school to host a Rusty Pilot Program. AOPA also will follow-up with attendees to provide a resource guide and additional information to help prepare them for the flight review, as well as encouragement to schedule their flight review with your club or flight school.

Having an airplane in the hangar where the seminar is taking place is a great way to reignite the passion for flight. As attendees sit in the cockpit once again or look at a glass cockpit for the first time, it’s hard not connect to the excitement that first drew them to the sky. 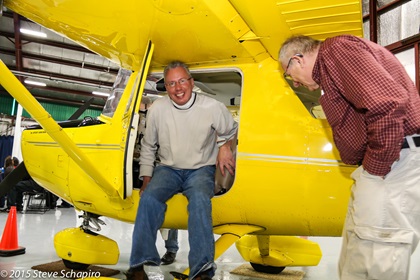 At the seminar I attended, the Reimaged 152, which AOPA will be giving away this year, was in the hangar on display and available to sit in. The way people looked at the plane and the way their faces lit up as they climbed into the left seat reminded me of the excitement and wonder of kids opening presents on Christmas morning.

“We brought two planes over to display so they could touch and feel a modern aircraft,” Capitol City Flyers President Colin Maitland said about the program they hosted. “The flight school had its Cirrus SR22 on display, and we brought our Piper Archer and a Diamond DA-40 with a G1000 [glass panel]. A lot of people were surprised by the technologically advanced aircraft.”

Many of the attendees also may be surprised to learn about flying clubs and how they can provide either an inexpensive way to get back in the air or offer aircraft many pilots otherwise would not have access to.

The course is a proven tool that helps lapsed pilots take that first step back into the cockpit. And just like a marathon, all it takes to reach the finish line is a little motivation, a little time, and a little encouragement to keep putting one foot in front of the other. 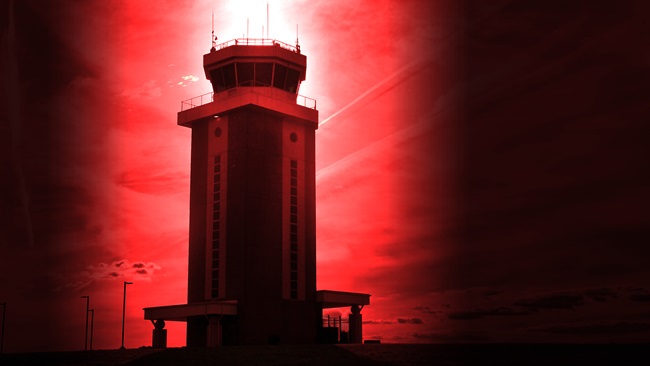