The AOPA Flying Club Initiative gets a boost! 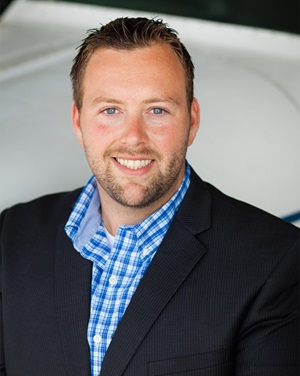 As the demand for affordable flying and a more connected pilot community grows, so does AOPA’s flying club initiative and its mission to promote, support, and help build flying clubs in America.

This fall, AOPA has committed to doubling-down on its efforts to create easier entry points into aviation, find more affordable ways to fly, and help create a more connected GA community.  This means that AOPA’s flying club initiative is being provided with additional staff and resources to ensure a measurable and positive impact on the flying club community.

The flying club initiative has recently joined the other AOPA initiatives that are designed to keep current pilots active and engaged and bring new pilots into the community:  the AOPA Flight Training Initiative and AOPA Rusty Pilots.  This department is being led by AOPA veteran, Brittney Miculka.

The new Flying Club Initiative will be provided with the resources necessary to deliver unmatched support to both existing and developing flying clubs and their members.  This includes AOPA’s new manager of flying clubs, Kelby Ferwerda.

Kelby was welcomed to AOPA in the spring of 2014.  He was chosen to spearhead the Flying Club Initiative because of his demonstrated performance in the aviation industry.  Kelby is a commercial pilot (SEL, MEL, SES) that holds a flight instructor certificate along with a Master CFI designation.  Upon completing his degree in business, Kelby started a flight school in New Hampshire that grew to receive several national awards. During that time, Kelby also helped establish two small flying clubs from a group of his students. Kelby owns multiple aircraft and spends his free time at the local airport, flying his Aeronca Champ and getting his hands greasy under the cowling.  Kelby’s knowledge of business, aircraft ownership, flight training, regulations, and aircraft maintenance makes him an excellent resource to flying clubs and other flight-minded organizations.

Stay tuned to the Club Connector and the Flying Club Network Facebook page for enhancements to current resources and the unveiling of a new set of flying club resources and support infrastructure in 2015.