The Best Deal in America? The Great Plains Aero Club 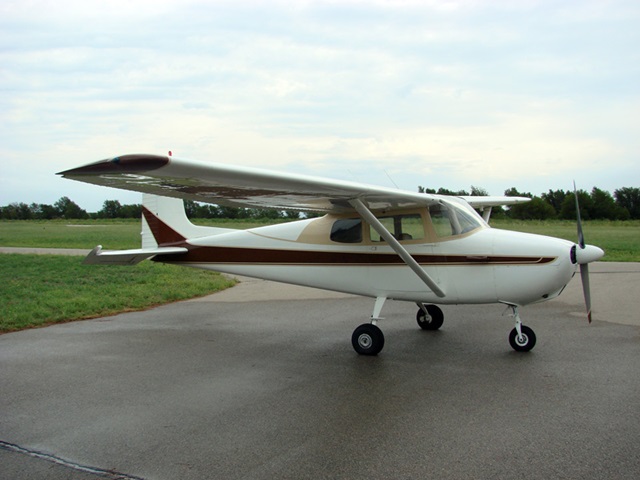 How much for an hour with Lula Belle? How about Foxy? Or Trixie? Or Vixen?

While this may sound like a question you’d hear at a house of ill repute, it’s a normal conversation for the Great Plains Aero Club (GPAC). “Everything has nicknames for us,” Club President Curtis Mead said. “That way guys remember which airplane is what.”

Based at Augusta Municipal Airport (3AU) in Wichita, Kansas, this club has named all four of its airplanes, and that’s not the only thing that makes GPAC a bit different from other flying clubs.

The club started in 2011 with 10 guys that wanted to purchase an airplane. They found Lula Belle, the 172, but when it was time to write the check, six of the ten members bailed out. So the remaining four approached the owner, John, about leasing the plane. He agreed and the Great Plains Aero Club took flight.

A few months later, the club added Foxy, John’s Alarus CH2000. It is a certified production aircraft that was first made by Zenith before being bought by AMD (Aircraft Manufacturing & Design), although it is no longer manufactured. The Alarus is a two-seat trainer that looks like a cross between a Grumman Tiger and a Cherokee 140.

As the club grew, five members got together and bought Vixen, the Bonanza, with the purpose of leasing it to the club to have something that was more cross-country friendly than Lula Belle. And this past January, GPAC added Trixie, the Taylorcraft.

“We were looking for something that was a light sport and a taildragger. There is nowhere to rent one in town, let alone fly one,” Curtis said. “Three of us went together and bought [the Taylorcraft] and it’s been a real attention getter. We’ve had a couple people join the club just for the purpose of flying that airplane.”

A different kind of approach keeps costs low
The club caps membership at 25, and generally averages between 18 and 22 members. There are currently 21 members. Recruitment is done by word of mouth and an ad on Craig’s List.

Eight of the members have earned their Private Pilot Certificate through the club and when they do the club gives them a plaque to honor the accomplishment.

“It takes about 19 members to have cash flow,” Curtis said. “You can take $90 times 19 and that’s our monthly overhead including hangars, insurance, and other fees.”

“They’re not high dollar, high value to replace airplanes,” Curtis said. “We could probably sell all four of our airplanes and buy one really nice 182. It’s a different kind of approach.”

“The club doesn’t actually own any assets, which is kind of a nice way to keep the barriers of entry down,” Curtis said. “There’s not a $10,000 buy-in to have access to four airplanes and it’s nice for the owners so we can offset the overhead.”

All four aircraft are owned by club members, although not every member of the club is an owner of an airplane. The club pays for hangars and insurance, while the owners are responsible for maintenance, so the club doesn’t have to build reserve funds.

However, the club takes very good care of the aircraft. There are monthly plane washes during the warmer months in which all four aircraft get cleaned. This not only keeps the planes in good shape built helps build camaraderie in the club.

It’s about more than flying

“That’s our promise to the people that lease us the airplanes. We take care of them,” Curtis said. “But it also helps give everybody a little more buy in. They take care of the planes a little bit better.”

It also builds those personal connections and friendships that really help a club thrive. In addition to the monthly plane washes, every third Sunday of the month GPAC members have breakfast at a local airport, and the first Monday of each month is a business meeting. Throw in a fly-out most months and you’ve got members spending a lot of time with Lula Belle, Foxy, Trixie, and Vixen—not to mention each other.

“A lot of times when people first come to meet with the club it’s about flying, and the rates,” Curtis said. “At the end of the day it’s about the camaraderie. It’s as much of a social group as it is a flying club.”