Adding a tailwheel to your club: The Citabria

In this issue of Club Connector we are introducing a new feature - the Club Aircraft Spotlight.

While there are many aircraft reviews out there, they tend to be written with an individual pilot in mind.  We plan to look at airplanes from the unique perspective of a flying club.   So, each month we’ll pick an airplane type and evaluate it across six areas of particular interest to flying clubs and their members: Operating Cost, Maintenance, Insurability, Training, Cross-Country, and Fun Factor.

Our first subject aircraft is a 7ECA Citabria operated by East Hill Flying Club in Ithaca, NY.  We talked to their Manager and Chief Instructor, David St. George.

East Hill’s hourly rate for the Citabria of $108/hour (tach, wet) is the same as the club charges for its Cessna 172 Skyhawk.  This rate includes $12/hour for the engine reserve and $1.40 an hour for oil.

Direct operating costs are almost identical to the club’s Cessna 152 with the same O-235 engine and a fuel burn of about 5.5 gph.  However, the overall hourly rate is $16 per hour higher than the Cessna 152.  To some degree this accounts for the higher maintenance costs and lower overall utilization of the Citabria.

East Hill bought their Citabria pretty cheap but ended up putting more money into it than they thought, despite conducting a pre-buy.  David St. George advises a really thorough pre-purchase inspection with a mechanic that knows the airplane well and can spot hidden damage.  Look out for rusty tubes in the tail and, if the airplane has a wooden spar, make absolutely sure the wing spar AD is complied with.  A new wing with a metal spar will cost well in excess of $20,000 and ground the airplane for months.

Citabrias have been made in the thousands and are still in production, so it can be considered a time-proven, well supported aircraft.  However, the airplane has some exotic characteristics, and is certainly less well known than common aircraft like the 172 or Cherokee.  It will need a good, savvy type mechanic.

Overall, though, David was quite positive about the aircraft saying “there’s really not that much more maintenance in a tailwheel, maybe less.”

East Hill Flying Club’s insurers have no special insurance requirements for the Citabria.  That being said, the club does have procedures to keep the airplane safe and accident free.  For example, pilots must complete three take-offs and landings every 45 days to maintain their currency, compared to every 90 days in the Skyhawk.   Also, although the Citabria is capable of aerobatics, the club does not permit it.

For initial checkouts, the club instructor makes the decision.  If someone is considered competent in two hours, five hours, ten hours, whatever they can be signed off to go solo.  There is no insurance-mandated minimum.

But bear in mind that East Hill is a long established club that operates numerous aircraft and has developed a good relationship with its insurance company.  A brand new club, starting with only a Citabria, would be likely to encounter more stringent requirements for insurance.

Overall, if a club is interested in a tailwheel or aerobatic airplane, the Citabria is a decent choice.  Although these attributes will potentially raise some eyebrows with an insurance underwriter, the Citabria is at least a known quantity, with a production run of several thousand aircraft and an acceptable safety record.

Although East Hill did have one person complete their certificate in the Citabria, it is not really a primary trainer.  Where it excels for the club is as a specialized tailwheel training aircraft.  Additionally, it has been used as a way to build confidence and proficiency in grass field operations.

David reports “A Citabria is a pretty forgiving plane. It is fairly durable. You solo it from the front, you’ve got good visibility and it’s directionally straight.”

One problem for the club has been finding instructors who can teach in the Citabria.  Currently two out of six CFIs are qualified.  Originally it was just one, and the club needed to invest money in training a second CFI to be a competent tailwheel instructor.

Although the club doesn’t mind members taking the Citabria on cross country trips, it’s not the primary mission of the plane.  Cruise is 95 mph max and with five hours of fuel, range is about 400 miles and change.  There’s limited baggage space too.

This is where the Citabria really excels, an airplane built more for local hops and having fun. This is reflected in the bright and colorful paint schemes often found on the type.  It’s an airplane designed to put a smile on your face.

“One of the purposes of our club is to provide enjoyment in aviation” says David,  “The Citabria is a local fun flyer. That’s the big reason for that plane, build skill and have fun”. 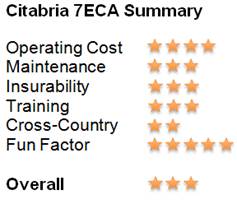 The Citabria is good fit with a club like East Hill, with multiple aircraft and a membership base of a couple of hundred people. It doesn’t fly as much as the other planes but has a broad enough appeal to be viable.

David feels the club could possibly make more money if they had another Skyhawk. But the Citabria brings a variety and spark to the mix of airplanes in the club.  Having the fun factor is important.  It’s a tool for the membership to build their skills and helps attract new members to the club.

An online search showed at least 7 other flying clubs also operating the Citabria.

If you’d like to learn more, AOPA has a useful online fact sheet that covers the Citabria’s history, performance specifications, model variations and flying characteristics. 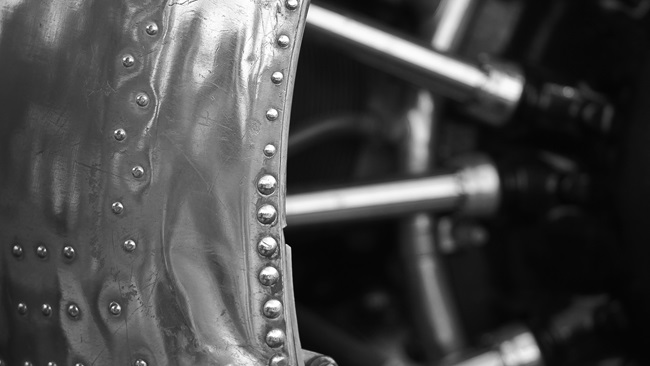