Operating Affordable Aircraft, and the Airport, in Upstate NY 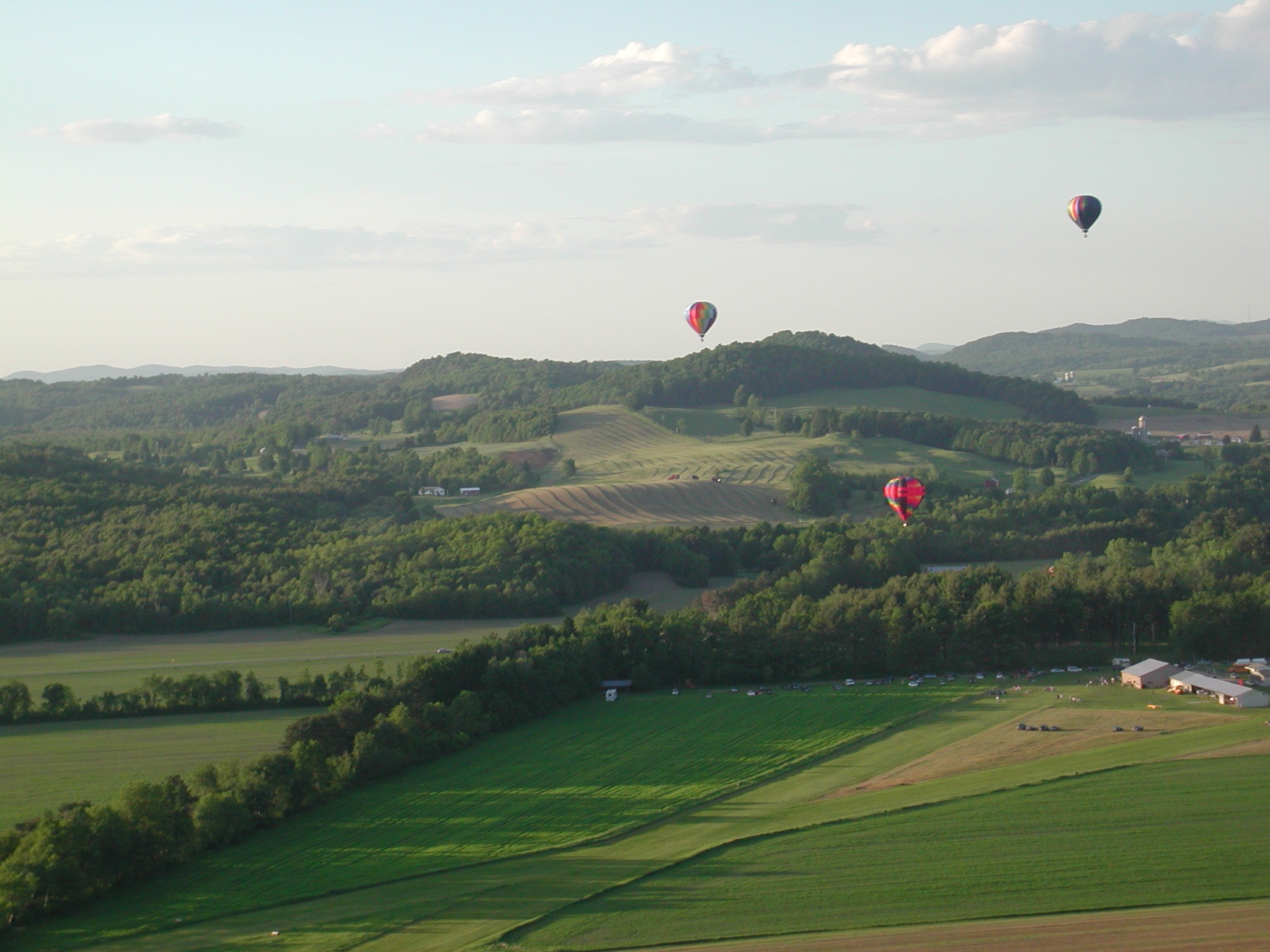 If you’re looking for flying the way it used to be, look no farther than Chapin Field, in upstate New York, which is operated by the Cambridge Valley Flying Club. Nestled near the Vermont border about 35 miles northeast of Albany, the grass strip is maintained by a couple dozen club members, most flying tube and fabric taildraggers. Monthly dues and hourly rates are so low, you might think you’ve stepped back in time. Club President Andrew Sparta and Treasurer Jim Sharkey tell us about operating the field and a couple of aircraft.

Which came first, the airport or the club?
They formed together, but probably the airport slightly before the club. The club was founded by a group of people near Cambridge, NY back in 1963. I think it was just a bunch of friends who were looking for a cheaper way to fly, that they could share a plane and there was a field they could fly from near to home. One of the founders was a farmer called George Chapin. The strip was literally cut out of one of his corn fields. His son still owns the farm and rents the space to the flying club.

Tell me about the field.
Chapin Field (1B8) is two grass runways. Runway 25 is the main runway, approximately 2,400 feet. It is a really nice field. It’s very flat. A lot of grass strips around here have humps and bumps and doglegs and goodness knows what else in them. But this one is dead flat.

It’s really well drained. It’s on top of gravel, so when the snow melts in the spring it drains within a few days. Lots of grass strips around here can be incredibly soggy and closed well into the spring and summer. It’s kept open year-round. Members will actually plow the runway in the winter. In the spring we generally roll it and mow it.

Do you fly with skis in the winter?
Not the club aircraft but some field members do use skis and land on local lakes as well.

How many members do you have?
We have two classes of member on the field. Last count we were down to 12 or 13 Club Members and it was about equal for Field Members. Full club members share in the upkeep of the field and also share in the aircraft that belong to the club. Currently we have two aircraft—a 172 and an Aeronca Champ—sometimes we’ve had three, but right now membership is relatively low. Field members generally have their own aircraft and hangars, and unless they’re club members, they cannot fly the club aircraft.

Club members and field members pay an annual fee, which covers liability insurance to the Chapin’s who own the farm, local property taxes for the field, rent—which is really a peppercorn rent to the Chapin’s who just charge a nominal rent for the field—and upkeep of the field. The fee is $500 a year paid half in the beginning of the year, half in the middle of the year. That brings in probably about $15,000 a year.

Field members don’t have a joining fee or monthly dues, they just share in the cost of field—that $550 annual fee. If they own their hangar, they are responsible for paying property taxes and insurance on their hangar.

The bulk of the upkeep is done by members.  We drive our own snow plow and mow the grass, that type of thing. We do have fuel on the field but it’s just for club and field members. Because we’re a non-profit, we can’t sell fuel legally. Because they are club members they can draw fuel. We buy fuel wholesale and can’t make a profit on it.

What are your rental rates?
The 172 is $60 an hour wet. It’s extremely reasonable.

What do you plan to charge for the Champ when the restoration is complete?
That’ll be right around $48 or $50 an hour. It should be flying in 30 to 60 days.

How do you do keep the club dues and hourly rates so inexpensive?
We’re a non-profit, these are actually true costs including an engine fund. And basically because we operate and maintain the field. Everyone shares equally in that. It’s a club, it’s a community, so people do what they can.

Once or twice a year we get together and do projects around the field. It’s nice to have 20-25 guys show up with clippers, weed whackers, and lawn mowers to spend a day sprucing the field up.

Bigger projects we’ll sometimes contract out, like the clubhouse needed a new well. One of the club members is a contractor so he came with a backhoe, dug down 15 feet and we were able to drive a new well point from there. Materials were a couple hundred dollars versus hiring a guy for $3,000 or $4,000. The members work really well on projects like that.

What type of aircraft are based at the field?
It’s really dominated by fabric taildraggers with low power. Everything is 65-hp or 85-hp. There is a Star Duster Two and I think a Great Lakes. Then there is a Waco experimental, it’s 80 percent scale or something like that. It’s in the process of being recovered.

There is a Super Cub, one J-3, a PA-12 and then there must be half a dozen Champs. And there’s probably two or three 172s and that’s it for tricycle gear. My aircraft is a Van’s RV-6, that’s probably the most modern aircraft on the field. There used to be more cross-country aircraft. There was a Cessna 210 that was recently sold. There was a twin engine.

Have you had a lot of folks come through who wanted a tailwheel endorsement?
Not recently. A lot of people are interested in the Champ because it can fly under Light Sport regulations.

Tell me about the facilities.
We just refurbished the clubhouse so there is a place to meet and sit and keep warm in the winter. There’s a hose for washing planes and a bathroom that we just refurbished and a small kitchen area between the maintenance hangar and the clubhouse. It’s a clean, homey atmosphere. It’s quite a comfortable place.

The club maybe 15 years ago built a very large workshop hangar—60 feet by 60 feet. That was kind of a barn-raising event with members of the club putting the hangar up. It is big enough to hold three to four aircraft, like two 172s, the Champ and somebody’s project plane. It has seen some project work over the years. I completed my aircraft there. I think it was the third RV built on the field. And there have been some Jodels. There has been a lot of home building activity on the field. One member who just recently passed away, his hangar workshop is still there and someone else operates from it.

The club also has a single hangar, which has the front open to the weather. There are 21 single T-hangars. The club owns a couple of them. All the others are owned by individuals. Some of them are old barns.

It really sounds like a throw back to an earlier time in aviation.
It’s kind of neat and we’re trying to keep it going. What we’re trying to do is to capitalize on the upstate New York grass strip in a cornfield. Of the 15 or so aircraft on the field, I think there are only two tricycle-gears. Just about everything else is a tailwheel and two or three of them are biplanes. There’s kind of a neat, fabric and string, cornfield, American grass strip feel. Hopefully we can sell that and people will come and do a tail wheel endorsement or something like that.

On Saturday, October 19 The Cambridge Valley Flying Club is hosting a fly-in at Chapin Field (1B8) with aircraft displays and hamburgers and hot dogs.

Membership About 12 club members and about 12 field members 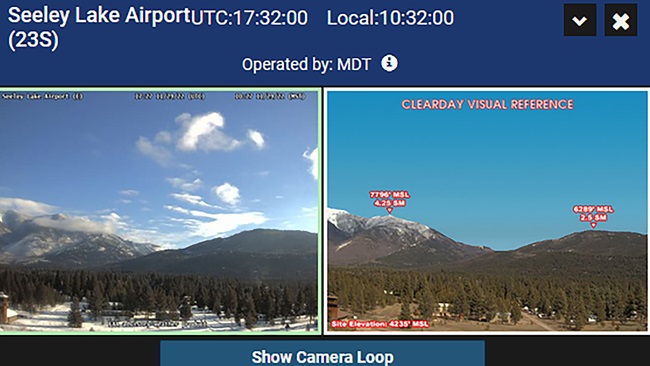 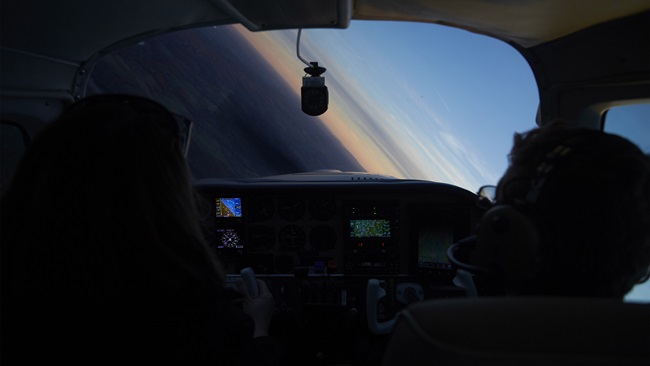 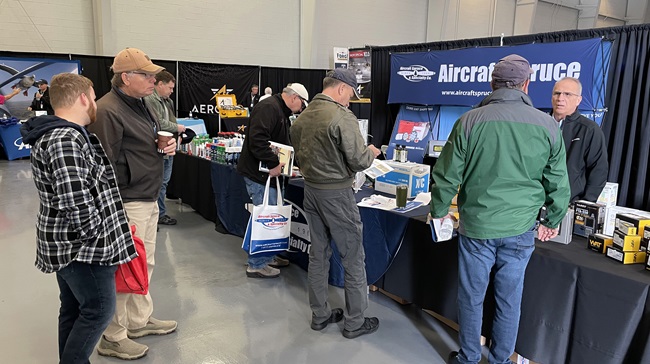