Using Fly-Outs and Facebook to Connect Pilots and Build Confidence 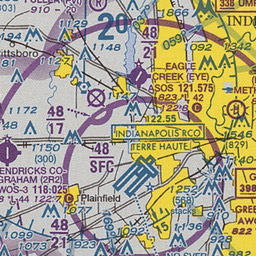 “My mantra is participation,” Fox Flying Club President Chris Thomsen said. “People don’t fly because they don’t have money. I think they get bored and eventually if you let all of your life’s other events take over, they will.”

He believes pilots want to do things and go places, but they often don’t have the confidence to do a long cross country, or fly at night, or talk to ATC. So when he plans a fly-out, Chris has more on his mind then what airport has the best breakfast. The club, based at Dupage Airport (KDPA) 30 miles west of Chicago, uses its events as a regular opportunity to enhance the flying skills of his members.

“It’s more than let’s get in the air, go to an uncontrolled field and eat some breakfast and come back,” Chris said. When planning a fly-out he looks at whether the airport is controlled or not, how long and wide the runway is, what other services are on the field, and if there are multiple routes to fly if the weather is bad. “We really try to put some thought into getting the most experience out of that short flight while sharing the cost with somebody in the right seat.”

For example, the club flew to Eagle Creek (KEYE), which is within the Class C Airspace of Indianapolis International Airport (KIND), giving VFR pilots who might not be familiar with talking to approach control the opportunity to do so.

“What we do is a lot of safety piloting,” Chris said. “There are guys that are not comfortable doing this or that, and we pair them up with a competent safety pilot and mentor them along.” Besides building camaraderie, pilots are learning and building their comfort level without having to pay for instruction.

The best way the club has found to connect newer pilots with someone with more experience is through the club Facebook page. “We’ve found Facebook really encourages in person participation. When you want to go flying with somebody but don’t know who or where to go, or you want to do a trip like Mackinac Island but don’t feel confident getting there, we get on Facebook,” Chris said. “That has allowed not only these trips but also a guy who wants to see what IFR flying is like the opportunity to do so. We’ve had an uptick in people getting their instrument ratings because VFR guys fly with IFR guys.”

The club tries to do an event every two or three months and rotates between a short flight generally for breakfast, a dinner flight so pilots can get some time at night, and then a longer trip to a destination. They’ve found it works best when two pilots pair up for a fly-out. The club has four planes—two Cessna 172s, a Piper Archer and a Piper Arrow—which means eight pilots can fly somewhere and even bring a non-flying companion or two along if they want.

So far the formula has worked. Out of the 56 members in the club about 85 percent are current at any given time, Chris said. “At the core of all of it—safety pilots, fly-outs—it’s just getting people interested. It really keeps people active, it makes pilots more confident and it makes them more proficient and safer.”