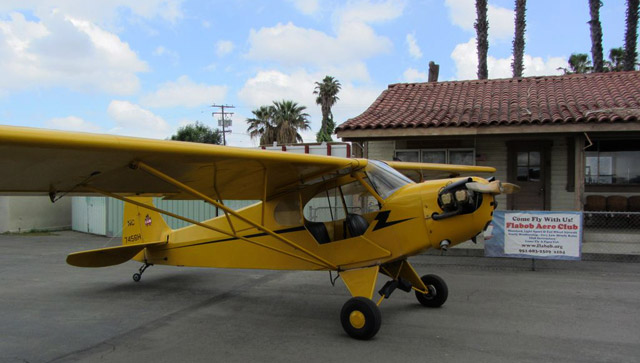 The Flabob Aero Club has been operating for about three years and grown quickly with more than 100 members. Its relationship with the non-profit Wathen Center provides extremely low costs, and the club operates an interesting mix of aircraft. Our conversation offered some important insights into the benefits and challenges that come with an LSA.  Here is our Q&A with a group of club members, including President Walter Wasowski, Vice President Derrell Snider, Technical Director Kriss Sakurai, and members Skip Stagg and Ray Stits—yes, the aircraft designer who founded EAA Chapter 1 and created the Stits Process known as Polyfiber: 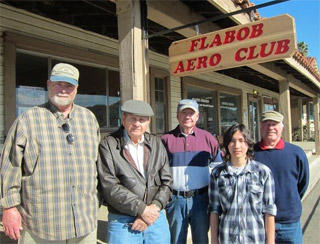 What is your Membership structure and fees?
It’s just one membership—$250 a year, no dues. That’s it. For students, it’s $150 a year and that’s 21 years old or younger.

How are you able to keep costs so low?
Four of the airplanes are owned by the Flabob Airport Corporation, LLC. Tom Wathen, the Wathen Center, actually owns the airport and also owns the airplanes. It’s a 501(c)3 charitable foundation.

Editor’s note: The Wathen Center’s mission is to use “the fascination of flight to inspire the love of learning for successful careers and satisfying lives.” Since 2000 it has offered a number of programs ranging from pre-school to adult education, including the Flabob Airport Preparatory Academy, an aviation charter school located at the airport for students in grades 7 through 12. Among the programs are two student restoration projects – a Stinson 108-3 and a Stits Skycoupe (designed by Ray Stits).

Under the lease agreement there is no cost to the club other than we had to make sure the airplanes were taken care of. If they weren’t, the airplanes would be taken back. It is a great deal.

How did you attract so many members so fast?
It took off like a shot. The prices were very attractive. Generally it was spread around by word of mouth from all the people that joined the club telling others. Also, the airport was backing it and helps advertise the club. The airport did open houses and we advertised the club there. Having an LSA also helped, there weren’t a lot of those around. Today there are a few more.

How are you organized? Can you describe your board?
The flying club is a non-profit organization, it’s a 501(c)7 Social Club. Everyone in the club is a volunteer.

Board members are elected at large and the board actually sits down and decides what each member does, they elect officers—President, Vice President, Secretary, Treasurer, Maintenance Officer, Membership, and Technical Advisor (computer and web site).

The other aircraft is a Cessna 172. It has a different owner and comes from another flying club. We borrow the airplane from them. They also have a 152 and a Cherokee 180. Those two are at Redlands Municipal Airport (KREI), about 20 miles away or a 10-minute flight.

Any issues with operating tailwheel airplanes in a club?
We spend a lot more time with you in a tailwheel airplane for a checkout than in a tricycle gear airplane. For a tricycle gear aircraft, if you’ve been flying a lot, it’s going to take one session to get checked out, probably less than an hour. You go out and do some stalls and some steep turns, come back and do at least six landings in the airplane to show me you can control the aircraft.

The insurance company requires a minimum of 15 hours in tailwheel airplanes to solo. Mainly it’s going to be a lot of stuff on the ground—high-speed taxis. On the ground the airplane is unstable, it will want to swap ends. You will have to show me—on the ground—that you have control of that airplane.

The other thing is we’ll do a lot of is go-arounds. The reason why is with tailwheel airplanes, that’s where you’re going to get in trouble. As soon as you touch down, if the airplane gets crooked, that is where you’re going to lose control of the airplane. I try to get people to think when we come in that we don’t do landings, we do go-arounds. You might make a landing; you will do a go-around. That’s what I want in your head. We’ll do tons of those.

What type of maintenance are you doing?
The original request was that the club maintain the airplanes. And so we tried to do that. We contracted with some local A&Ps and there are some A&Ps in the club. Maintenance was split between whoever could do it at the time. The club members, it was only when they could get to it, and then we hired the rest of it done. 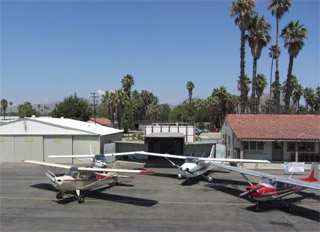 The club operates a variety of aircraft, most owned by the Wathen Center, which also owns the airport.

We have found maintenance was probably one of the harder things for the club to do. It was difficult to get consistent maintenance people to actually do the maintenance on the airplanes.

So the airport is going to help us with that on the four airplanes that they own. They are going to take over the maintenance of those four airplanes. We’re going to figure out an hourly rate to make sure can cover that expense.

For the 172, the owner is an A&P, so they do their own maintenance. We don’t have to worry about it. All we have to do is supply club members to fly that airplane.

What about maintenance on the LSA?
The Tecnam has a Rotax engine in it. All the A&Ps locally have no clue what that is yet. It’s getting better because there are more of them around.

Derrell: You have to be a Rotax certified mechanic to even touch that thing.

Walter: They have since backed off on that. That’s the way we operated for two years because we didn’t understand how that worked. We literally had to learn, even A&Ps didn’t even understand how to maintain it.

We also have found it difficult sometimes, hard to get parts, and actually to get the airplane maintained. LSAs are made under ASTM, they are not Part 23 airplanes. In other words, you can’t do anything to that airplane. You can’t change it, you can’t modify it, you can’t even repair it unless the manufacturer gives you instructions on how to do it.

So the light sport, it really was difficult. It’s a great airplane, but because of the regulations, it made maintenance of the airplane difficult, like a nightmare.

It seems to me if I was a flying club interested in an LSA, the best thing is to go with a Cub or something similar.
Derrrell: Yes, or an Ercoupe or Taylorcraft, a certified airplane.
Walter: Or a Champ 7AC, but nothing other than that. Than you can fix it like a certified aircraft. 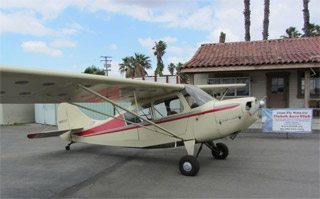 The club’s 1964 Aeronca has an electrical system and starter for those who want to fly a taildragger but don’t want to hand prop the cub.

On a selfish level, for a big guy, the LSA carries a lot of weight. I can put myself, my wife, and some stuff in it and full tanks and go. I would never be able to do that in an Ercoupe.

Are a lot of people flying the Tecnam?
We fly the wings off it. I was up flight testing it the other day. It was cruising at 2,500 feet indicating 122 knots. It moves right along. And it’s quiet inside, it’s not noisy.

It cruises faster than the 172, it burns just three and a half gallons an hour, and it climbs 1,200-feet-per minute. The pluses on the airplane are really great.

It’s comfortable. It’s 46 inches wide. You and I could sit in that thing and we wouldn’t be bumping shoulders. A Cessna 150 is 38 inches. These are the advantages of the LSAs, the cabin widths are 45-, 46-inches wide.

How often do you do your maintenance?
What we have been doing with the club is repair on condition. So we don’t like to set a 50-hour inspection. If something is broke, we fix it. There is no more flying until it’s fixed. It’s repair and replace on condition. I think if you look at the airlines and Air Force that’s basically what they do.

Do you use a scheduling program?
We did use Schedulemaster, but we just moved to our own custom system in January, which Kriss designed. What we wanted to do is set up a system where we could manage the payments, so that people could use their credit card to pay for the flight, their membership dues, and even in some cases instruction, all in one place from the website without having to have 40 different accounts on different sites.

Up until now everything was by check. It takes a lot of time, a lot of effort. You have to take the checks to the bank. So we decided to go to a credit card system based on PayPal. 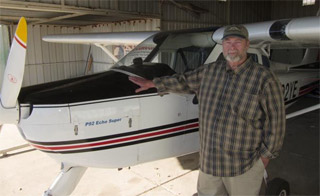 Vice President Derrell Snider said the advantage of an LSA is a wider cabin and the ability to load two adults, baggage and full fuel.

How many instructors do you have in the club?
Currently there are five.

How many students?
According to our records we have 18 people who have a student certificate, and only three people working on an instrument rating.

And then we have a number of people getting tailwheel endorsements. I do a ton of them. I’ve been giving lots of instruction. As a matter of fact, since the airplanes were so inexpensive, there were people coming and joining the club from Oregon and Washington, coming down here to get tailwheel endorsements and go back up there and fly in Washington and Oregon. 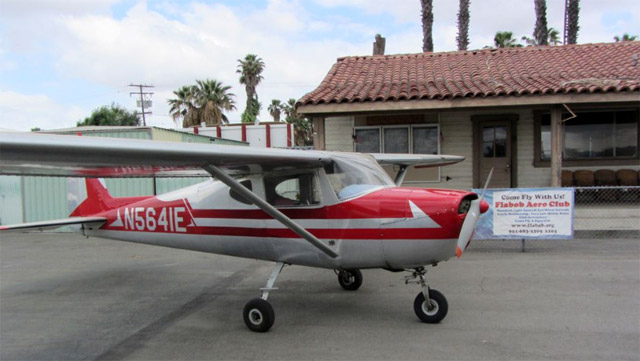 The club’s 1956 Cessna 150 fastback serves as a reliable trainer.