Find a Club Near You
Ambassadors Pat Brown

You Can Fly Ambassador | Central U.S. 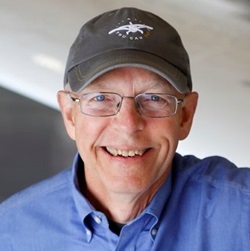 Pat was bitten by the flying bug early, and began taking lessons at age 16, earning his Private Pilot license shortly after his 17th birthday. Today, 10,000+ hours later, he holds a Commercial Pilot certificate for Gliders, Single-Engine Land/Seaplane, and Multi-Engine Land aircraft and is a Gold Seal Flight Instructor for gliders, single and multi-engine aircraft, with nearly 6000 hours of instruction given. He is also a Designated Pilot Examiner and recipient of the FAA’s Wright Brothers Master Pilot Award. Pat is the co-developer of AOPA’s Rusty Pilot seminar and presents them regularly, both as online live webinars and in-person to enthusiastic audiences.